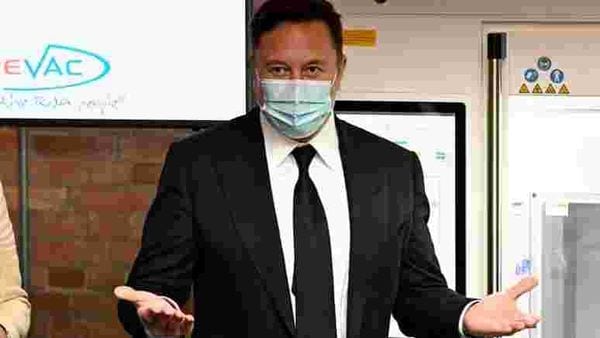 Tesla Inc.’s shares are now “dramatically" overvalued and investors thinking of raising their holdings in the company ahead of its impending addition to the S&P 500 Index should not, JPMorgan analyst Ryan Brinkman wrote in a note on Wednesday.

(Also Read: No Tesla model for sale in India, but small investors flock to Tesla stock)

The analyst pointed out that in the past two years Tesla shares have risen over 800%. Analysts have raised their price targets by about 450%, and also simultaneously lowered their earnings estimates for the company for the years 2020 through 2024. This data is “strongly suggestive of the idea that something apart from the fundamentals (speculative fervor?) is driving the shares higher," Brinkman added.

Brinkman raised his price target on Tesla to $90 from $80, citing the $5 billion at-the-market offering announced on Tuesday, and maintained the sell-equivalent rating on the stock. According to Bloomberg data, investors who followed Brinkman’s recommendation received a negative 867% return in the past year.

Analysts on an average have a price target of about $364 on Tesla. The company’s stock dropped as much as 2% to $636.63 in New York on Wednesday.

Shares of the electric vehicle maker have been on an incredible rally this year, ever since its fourth consecutive quarterly profit earlier this year raised the possibility of the company getting included in the S&P 500 Index. Investors’ enthusiasm only accelerated further after the decision was formally announced last month.