Home Auto News Tesla From Inside, Fiat From Outside? Video Of 'driverless' Fiat Car Goes Viral

Tesla from inside, Fiat from outside? Video of 'driverless' Fiat car goes viral

The video shows a man sitting on the passenger seat while the Fiat classic from the past, also known as Premier Padmini, manoeuvre through traffic without anyone on the wheels.
By : HT Auto Desk
| Updated on: 15 Oct 2020, 09:30 AM

Carmakers around the world are working on driverless car technology to make driving a lot safer and comfortable. But had they seen this video, shot in Tamil Nadu, they will be left baffled.

A Facebook user recently shared a video of an old Fiat car, popularly known as Premier Padmini, manoeuvring through traffic on the road. A closer look will leave many puzzled, as the video shows that there are no driver sitting behind its wheels. The only person inside the car is seen sitting on the passenger's seat to the left of the driver's.

The video certainly left many Facebook users baffled. While some of them called this a driverless car, a few jokingly quipped that the car was driven by a ghost.

Take a look at the video first, before busting the theories what actually happened.

A closer look at the video reveals that the passenger was actually the driver of the car. One can see his right hand on the steering wheel, guiding the car through traffic. It led many to speculate that the car is from a driving school, where a second set of pedals are installed for the instructors on the left side of a car.

However, others who have seen this bizarre sight before, identified him and busted any ghost claims or otherwise. The man, who many identified as the owner of Vellore's Hundreds Kitchen, is quite a regular with his unique driving style around. 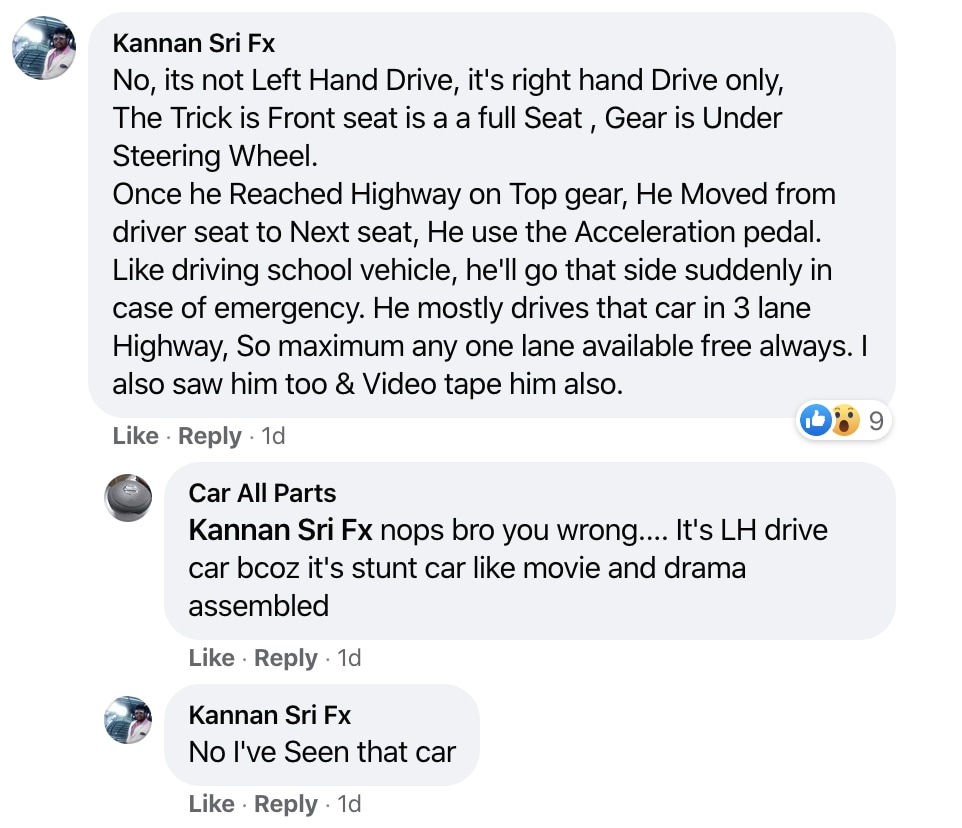 Screenshot of comments claiming the driver of the 'driverless car' has a unique driving habit.

Being tall, he apparently finds it more comfortable to shift to the passenger side while driving. All the pedals and controls inside the car are actually placed where they are usually.

It is indeed is a weird way to drive, and not an easy trick to master. However, it is never advisable to even try doing something like this.

Boom for Beemer? Here's why BMW is predicting its EVs to power ahead

This EV charging socket for homes claims to be India's safest, most affordable