Experts say that to make it safer in Europe and for it to meet the road norms here, Tesla would have to heavily modify the Cybertruck. This could also call for a redesign.
By : HT Auto Desk
| Updated on: 17 Dec 2019, 03:32 PM 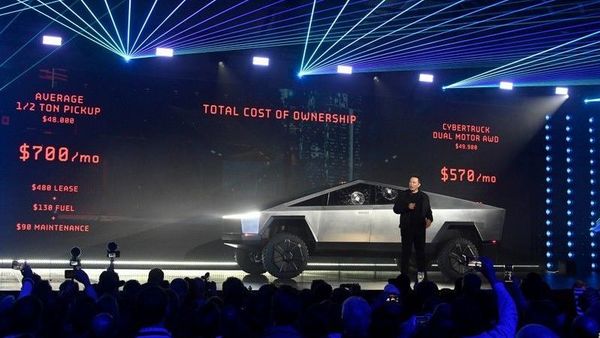 File photo from the launch event of Tesla Cybertruck.

Tesla Cybertruck is quite the unconventional looker and may have the promise of performance that is second to none. But all of that may mean nothing on European roads where the electric pick-up truck is likely to fail a number of road safety norms.

A number of media outlets, including Forbes, recently pointed out that despite creating a massive worldwide buzz since it was showcased in November, the Tesla Cybertruck is almost certainly going to be road blocked in European countries where the safety norms that a vehicle must meet are extremely stringent. It has been pointed out that the exterior stainless steel shell of the Cybertruck in itself stands out as the most jarring element that could be red-flagged considering it may not be safe for pedestrians and cyclists. Vehicles in Europe have to meet with strict pedestrians and cyclist safety norms.

Experts say that to make it safer in Europe and for it to meet the road norms here, Tesla would have to heavily modify the Cybertruck. This could also call for a redesign.

Tesla's co-founder and CEO Elon Musk has not officially stated his plans of selling the Cybertruck in Europe but the vehicle has managed to find a massive following in the United States and even elsewhere. Such is the buzz that even Dubai Police, known for having high-end luxury and performance cars in its fleet, has placed an order for a Cybertruck which starts at $39,000.

Deliveries for the first batch of bookings are expected to start end 2020.