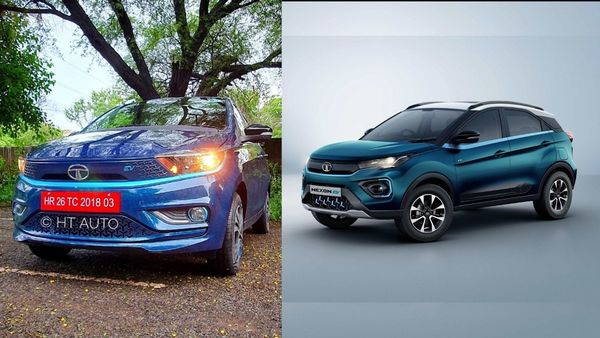 Tigor (left) and Nexon EVs are the two battery-powered options from Tata Motors.

Tata Motors on Wednesday reported it had sold a total of 29,778 units of passenger vehicles in the country in November, up 38% from the same month of 2020. While sale of conventional vehicles picked up pace, the performance of electric offerings from the homegrown manufacturer was remarkable - more than four times when figures from last month are compared to November of 2020.

Tata Motors drove in Tigor EV earlier in the year for individual buyers. This is the second all-electric offering from the company and stands with the popular Nexon EV which has a firm grip on the niche electric PV segment. While the share of each of these two vehicles in the monthly sales has not been revealed, the two EVs together accounted for 1,751 units in sales, up from a measly 413 in November of 2020.

The mass-market electric PV segment remains rather bare with Tata Motors being a dominant player. The Tigor EV is priced upwards of ₹11.99 lakh while Nexon EV starts at ₹13.99 lakh (ex showroom, before subsidies). Both EVs offer a reasonable range of over 300 kms.

But it isn't as if electric is the only priority for Tata Motors. The company has been quite active this year with its ‘conventional’ models as well. The Safari three-row SUV was launched in February while the Punch micro SUV was driven in in October. While Nexon remains the power player for the company, Punch has quickly taken the second spot within the family, in terms of sales.