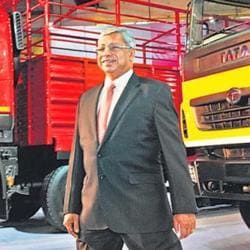 Ravi Pisharody has stepped down as the executive director of Tata Motors commercial vehicles division.

Tata Motors has appointed Satish Borwankar as the chief operating officer of the company, the automaker said in a filing on Monday. Borwankar will take over as the COO with immediate effect.

"His tenure of executive directorship would be extended for a period of 2 years from July 2017, subject to shareholders' approval," the company added.

Borwankar was the executive director -- quality -- since June 2012 till he was appointed as the COO on Monday.

In another filing with the Bombay Stock Exchange on Monday, the company announced the resignation of Ravindra Pisharody from the post of executive director of Tata Motors commercial vehicles division.

"Pursuant to the provisions of regulation 30 of the SEBI (Listing Obligations and Disclosure Requirements) Regulations, 2015, we wish to inform you that Mr Ravindra Pisharody has, vide letter dated June 5, 2017, submitted his resignation as executive director (Commercial vehicles) of the company, and as a director of the company and its associated companies for personal reasons," the filing said.

Pisharody, one of the leading figures in the commercial vehicles segment in the country, joined Tata Motors in 2007. He was appointed as ED of the CV business on June 21, 2012.