Volta Trucks AB's electric truck will be equipped with a 360-degree camera and lowered seat to give drivers better visibility.
By : Bloomberg
| Updated on: 03 Sep 2020, 10:32 AM 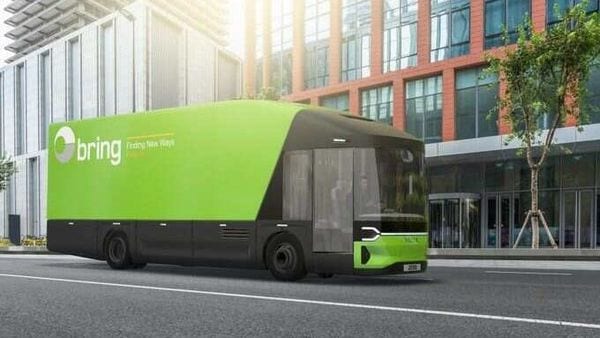 Swedish startup Volta Trucks AB is seeking fresh funds to begin manufacturing a heavy-duty electric vehicle that it says is safer and cheaper to operate than rival designs.

The Volta Zero prototype to be unveiled Thursday will be equipped with a 360-degree camera and lowered seat to give drivers better visibility of pedestrians, cyclists and other road users, Chief Executive Officer Rob Fowler said in an interview.

The 16-ton truck was designed to haul goods as far as 125 miles on a single charge, making it as affordable as comparable diesel models, he said. Volta is planning to deploy in Paris and London, two European cities that are trying to reduce inner city traffic and pollution, although it has yet to get its only prototype certified.

Electric trucks and vans are drawing increasing interest from traditional vehicle manufacturers such as Daimler AG’s Mercedes-Benz and Volvo AB looking to compete with projects by Tesla Inc. and Rivian Automotive Inc. They are responding to demand from companies like Amazon.com Inc., which last month agreed to buy 1,800 electric delivery vans from Mercedes to cut its European carbon footprint.

Backed by mostly Scandinavian investors, Volta has raised enough money to hire 16 people and bring in outside engineers and designers to build a prototype, Fowler said. Now, the company is looking for funding to move to production, possibly through contract manufacturers in the U.K.

Volta plans to offer potential customers a dozen trucks to test next year, before a commercial launch of the vehicle in 2022, he said. Volta aims to make as many as 5,000 trucks in 2025.