Home Auto News Suvs Up Popularity Of Sunroof In India, Buyers Keep Eye Out And Up For Feature

SUVs up popularity of sunroof in India, buyers keep eye out and up for feature

As per a report, one in every five car sold in India comes with factory-fitted sunroof. The demand for SUVs with sunroof has especially increased since 2019.
By : HT Auto Desk
| Updated on: 25 Aug 2021, 11:06 AM 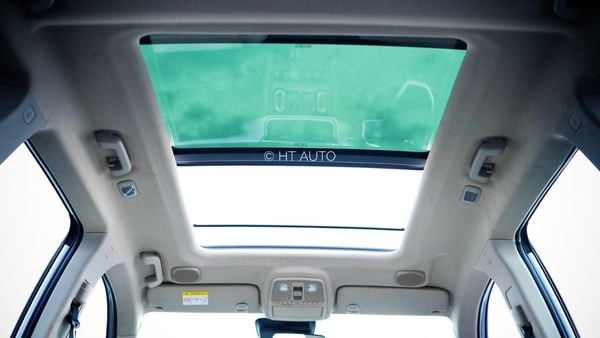 The just-launched Mahindra XUV700 gets a mammoth skyroof.

Once upon a time, sunroof was a practical feature reserved for cars in the luxury segment and a feature necessitated to enjoy mild spring and autumn climates in many parts of the western world. Even in India, sunroof was quite an exclusive feature not long ago but in recent times, it has become more common in mass market vehicles as OEMs look to make the most of the preference for having a glass roof. Sunroof, panoramic sunroof, skyroof - call it what one may, these have become an integral part of feature lists of almost every vehicle in the market and the real thrust may be coming from SUVs available in all shapes, sizes and price ranges.

As per findings by Jato India, one in five passenger vehicles sold in the country is equipped with a factory-fitted sunroof. And this is more prevalent in SUVs than in any other vehicle segment. It is further noted that SUVs with sunroof have increased steadily over the past several years but that the most striking push has been from 2019 onwards. And this is for both mid and large SUVs as well as those under four metres.

There are many who argue that a sunroof is quite a redundant feature for vehicles in India because of the weather conditions here. Others argue that it could be a safety hazard as passengers often tend to stand up through the sunroof for the apparent thrill of it. And while both of these may valid arguments against sunroofs in Indian vehicles, many also believe that the feature allows for better-lit vehicles while keeping noise and dust out of vehicles. Past market studies and surveys have shown that customers end up buying upper variants also because these variants come with sunroof.

Little wonder then that vehicles are increasingly coming with factory-fitted sunroofs, a sign that OEMs want to cash in on the demand for the feature. And while it may slightly increase the cost of manufacturing each unit, the preference for it among customers means the feature is here to stay.