Samsung SDI and Stellantis NV will team up to produce electric vehicle batteries for the North American market stated the source.
By : Reuters
| Updated on: 20 Oct 2021, 12:52 PM 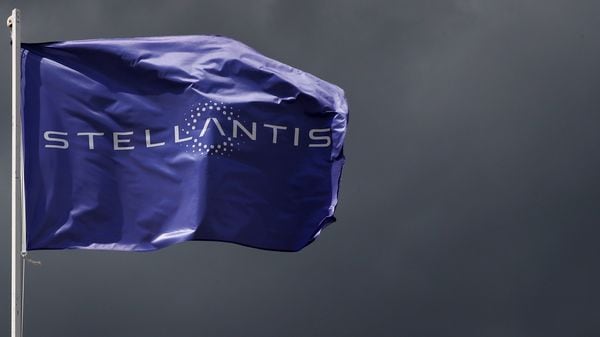 File photo of the logo of Stellantis.

"The two companies (Samsung SDI and Stellantis) have struck a MOU (memorandum of understanding) to produce EV batteries for North America," the person with knowledge of the matter told Reuters. The source spoke of condition of anonymity because of the sensitivity of the matter.

The person said the location of the battery joint venture is under review and will be announced later. In July, Reuters reported Samsung SDI may build a battery plant in the United States, citing a company source.

South Korea's Yonhap news agency earlier reported the two companies plan to build a factory in the United States, citing industry sources. Samsung SDI and Stellantis did not have immediate comment when reached by Reuters.

In July, Reuters reported  that Samsung SDI may build a battery plant in the United States, citing a company source. Shares of Samsung SDI were up 2.6% as of 0300 GMT, versus a 0.6% rise in the KOSPI benchmark index.