A telematics is being developed which could monitor on-road conditions, speed of the car and others. This will pave the way for customized insurance pricing.
By : mint_print
| Updated on: 28 Nov 2019, 16:37 PM 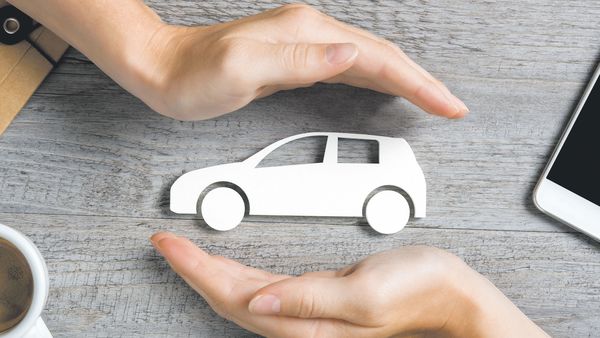 When it comes to motor insurance, there’s little incentive for you to be a careful driver because the premiums that you pay to insure your car does not depend on your credentials as a driver. Unlike most developed countries where good driving behaviour is rewarded through differential pricing, the trend is yet to catch up in India. But the Insurance Regulatory and Development Authority of India (Irdai) is now making a start.

In its latest draft guidelines, the regulator has revisited the own-damage cover of a motor insurance policy and has recommended the adoption of telematics—a technology that helps monitor on-road conditions, speed of the car and others— which will pave the way for customized pricing. The draft also redefines the insured declared value (IDV)—the value the insurer will pay after deducting depreciation cost if a vehicle is completely damaged or stolen—for the benefit of policyholders and has clarified how no-claims bonus (NCB) will be calculated for long-term motor policies. We bring you the details.

In its report, Irdai said a central repository of telematics can be created where data from various sources flows to create a pool. “Telematics enables insurers to offer discounts based on good driving habits. The adoption of telematics future proofs insurance providers and keeps them up to date with changing laws while benefiting the customer by making driving safer. It’s a positive move for all industry stakeholders as we move towards risk-based pricing," said Anik Jain, co-founder and CEO, Symbo India Insurance Broking Ltd.

Use of telematics will enable insurers to calculate premiums based on driving habits, he added.

The Insurance Information Bureau of India (IIBI), which acts as the data repository for insurance companies, will manage the data and its protection. “For telematics to be used in a country like India, there will be some challenges such as who will bear the cost; the device costs ₹2,000-3,000. But this is the right way to capture driver data because the device is always attached to the car. But I am not sure if this is feasible because the average size of motor premiums in India is about ₹10,000. To expect policyholders to pay 20-30% of the premium for a device which has a lifetime of roughly two years somehow doesn’t seem feasible," said Sajja Praveen Chowdary, head, motor insurance, Policybazaar.com.

Currently, IDV is equivalent to the sum insured and is calculated based on the ex-showroom price of the vehicle, which doesn’t include the cost of registration, taxes and other fittings. “There was a slab for every year on the basis of which the ex-showroom price was reduced to arrive at IDV. So if I’d file for total loss, I would get only IDV which is much lower than the on-road price unless I take an ‘invoice protect’ cover," said Chowdary. Irdai has now suggested a simpler method for the calculation of depreciation and the sum insured.

For existing cars: The sum insured shall be equal to the percentage of the car’s current manufacturer-listed price, including the invoice value and manufacturer-fitted accessories. With this new method, between the third and seventh years, the depreciation shall increase from 40% to 70%. Until now, the maximum depreciation was 50%. If the model of the vehicle is no longer manufactured, the last available invoice price of the vehicle shall be considered.

For new private cars: Irdai has recommended that the sum insured shall represent the current on-road price (including invoice value, road tax and registration charges) of the vehicle as the listed price for three years.

This means if you bought the car at ₹11 lakh (on-road price) and you file a total loss claim in the first three years, you’ll get a sum insured of ₹11 lakh. The premium will also be calculated for ₹11 lakh. For cars that are three to seven years old, the depreciation shall increase from 40% to 60%. Earlier, the depreciation was calculated only up to five years but now the sixth and seventh years have been included as well. However, beyond the seventh year, the sum insured shall be arrived at a mutually agreed value between the insured and the insurer.

“Previously there was ambiguity while claiming vehicle insurance. Irdai has effectively standardized the process for policyholders by providing a fixed guideline on how depreciation is calculated," said Jain. Though it will remove confusion, this may come at a slightly extra cost for the policyholder, said Chowdary. “By providing a fixed guideline for sum insured calculation, Irdai ensures that the end customer gets the right coverage. It is foreseeable that there may be changes in premium calculation based on the coverage chosen and driving behaviour of the policyholder," said Jain.

Currently, NCB has a different structure, where policyholders get 20%, 25%, 35%, 45% and 50% of the premium for every subsequent no-claim year in a regular one-year policy. The draft cuts this down to four slabs of 20%, 30%, 40% and 50% for every subsequent no-claim year. This means policyholders will get a 50% NCB for filing no claims within four years versus five years currently.

For the existing three- or five-year motor policies which will expire 2021 onwards, no clarification was given earlier on how NCB would work out; the draft has recommended the ideal NCB in such policies. Chowdary said insurers will take into account the number of times claims were filed in the three or five years and accordingly determine NCB at the time of renewal. Arun Singh Bhadauria, head, motor insurance, Universal Sompo General Insurance Co. Ltd, said for a three-year policy, if no claims are made in the three years, then you’ll will get 40% of the premium as NCB; in case of one claim, NCB would be 30%, for two claims 20%; and for more than one claim, you would get zero NCB.

Irdai has also recommended cancellation of registration certificate of vehicles in all cases of total loss and theft claims. Insurers are advised to settle claims only after the insured surrenders the cancelled RC.

Further, it has suggested that losses arising out of damage to the engine parts due to water ingression be part of the basic policy which is not the case currently. Policyholders are required to buy an add-on engine protect cover. Given the recent spate of floods in the country, this may benefit policyholders. It may affect the pricing too but only to the extent of the current add-on price. “Increasing the range of coverage to include damage due to water ingress will have an impact on pricing and will most likely be in line with the price of a policy with the already available extension," said Jain.

“Standardized and simple wording of terms and conditions of motor insurance shall help the customer understand the coverage and exclusion in better terms and the possibility of mis-selling shall also reduce. For an insurer, the underwriting shall be better and shall help in the improvement of loss ratios," said Bhadauria.

The Irdai draft is open to suggestions from stakeholders till 16 December 2019.