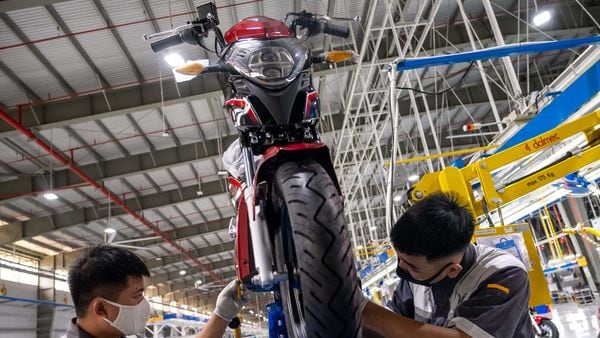 Employees at a factory working on an electric scooter. (Image used for representation)

Electric scooter-rental startup Lime said it reached a measure of profitability over the summer, the first time in its almost four-year history, suggesting a sign of sustainability for new-mobility companies.

San Francisco-based Lime, whose official company name is Neutron Holdings Inc., said it was cash-flow positive in a recent three-month period and reported earnings before interest and taxes in August. The company, which also offers electric bikes, is on track to be profitable for the full year in 2021, according to a statement Thursday, although it didn’t say on what basis.

Lime and rival startups like Bird Rides Inc. generated buzz and venture capital funding when they began showing up on urban sidewalks a few years ago, but they have struggled to reach profitability. City regulations, seasonal weather conditions and then the coronavirus all threw up hurdles. In January, the company said it was cutting 14% of its staff, or around 100 employees, and retreating from a dozen markets. Later, as the pandemic settled in, Lime was forced to pause its business for more than a month in almost all of its markets around the world.

But when cities started to emerge from lockdowns, Lime said e-bikes and scooters became part of their recovery plans as people looked to alternative modes of transportation for commuting to work and getting around town. “People were just desperate for fresh air," said David Spielfogel, Lime’s chief policy officer. The summer months are generally the best for scooter companies even in non-pandemic times.

Lime, which operates in more than 120 cities around the world, said it boosted its fleet of e-bikes and scooters and launched in new markets such as Rome, Milan and Greater Manchester. It won a series of limited permits in places including Paris, Seattle and Chicago.

“At the beginning of Covid, lots of cities weren’t sure how to move people around," said Chief Executive Officer Wayne Ting, speaking at the WSJ Future of Everything conference. “We invested a ton in improving our labor. We made hard choices. We brought a lot of our costs down."

Those efforts helped turn the company around, Lime said.

The current financial position also allowed the company to reinvest in its latest generation of electric scooter. The Gen4 will roll out in Paris this week and across Europe by the end of 2021. Lime said the new model is expected to surpass the two-year lifespan of the previous version. The Gen4 also includes a dual hand brake system, a kickstand with two legs and a swappable battery that will be interchangeable with its electric-bike fleet.

In May Lime raised $170 million in a funding round led by Uber Technologies Inc. and acquired Uber’s electric-bike rental business Jump as part of the deal. Lime credited the Jump team for its initial development of Gen4.

Lime said its profitability is validation that scooters and other light electric vehicles “aren’t just a passing fad." Its success could also be a boon for rivals.

Bird is said to be in talks with prospective special purpose acquisition companies, or SPACs, to take the scooter-sharing startup public. The discussions are in an early stage and the Santa Monica, California-based company could decide not to go through with a transaction, the people said. Bird raised funding at a $2.85 billion valuation this year, according to PitchBook.