Posco is one of the major suppliers of steel to the industry. It produces cold rolled steel sheets (CR) - a key component for carmakers.Around 80% of car manufacturing in India depends on this plant for key auto parts.
By : Reuters
| Updated on: 16 Mar 2021, 10:55 AM 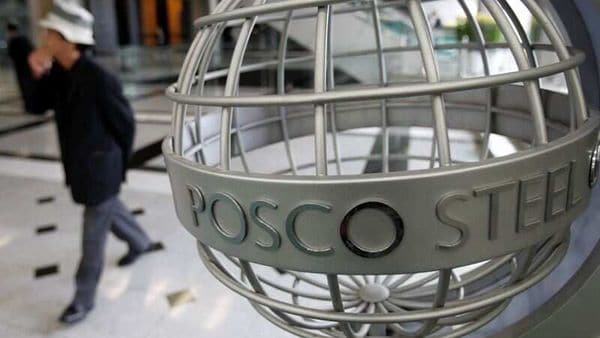 Protests outside Posco's India steel plant to be called off. (File Photo)

Protests by townspeople outside South Korean steelmaker Posco's plant in western India will be called off because the company has agreed to meet some demands, a local politician leading the agitation told Reuters on Monday, paving the way for Posco to resume shipments to automakers.

Operations at Posco's plant in Maharashtra state have been disrupted since early March. Residents of Raigad district near the facility protested over job opportunities and hiring practices. This has hit the supply chain for automakers and caused fears of production halts for some companies.

Automakers such as Maruti Suzuki, India's top carmaker by sales, Hyundai Motor, Kia Motors, Tata Motors and Mahindra & Mahindra source steel from the Posco plant and manufacture over 80% of passenger vehicles in the country.

The state's deputy chief minister met executives from Posco and some protesters on Monday, and the two sides agreed to a deal, Chandrashekhar Khanvilkar, the local politician leading the protests, said.

"The issue has been sorted out," said Khanvilkar.

Posco did not immediately respond to a request for comment outside regular business hours.

Protesters, who have blocked entry to the plant for employees and goods, wanted Posco to give employment preference to locals, raise wages for temporary staff and make them permanent. They also wanted preferences for local companies as vendors for transport and other services and buyers of Posco's scrap.

The company said it will try to give priority to local people when current employment contracts come up for renewal and preference to local companies, but it did not agree to wage raises, Khanvilkar said.

Reuters could not confirm that shipments at the plant had resumed.

The Society of Indian Automobile Manufacturers (SIAM) said on Monday that no steel has left the Posco plant since March 4, causing shortages for some major automakers and , with one company's production already being impacted.