A series of fires prompted mass recalls of Hyundai's best-selling Kona EV in South Korea in October.The latest fire incident pertains to a Kona that had already been part of the recall process.South Korean transport authorities are now investigating the adequacy of the recall.
By : Reuters
| Updated on: 26 Jan 2021, 09:42 AM 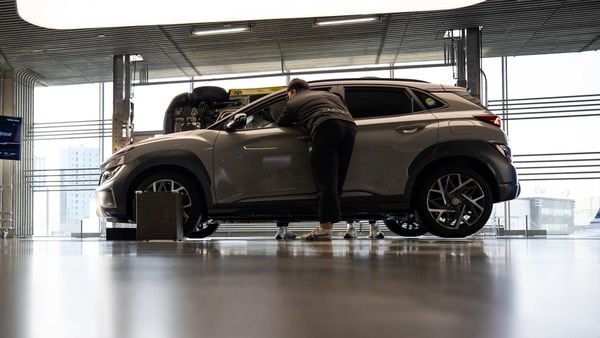 The latest Kona fire, on Saturday in the city of Daegu, is among 11 reported so far in the country. But this incident was different as it was the first Kona EV to catch fire after undergoing the recall process, the official said on Tuesday.

In South Korea, Hyundai has recalled 25,564 Kona EVs built during September 2017 to March 2020 due to the risk of short circuit possibly caused by faulty manufacturing of its high-voltage battery cells.

Recalled Kona EVs in South Korea get software updates and some receive battery replacements after inspection.

The recalled Kona that caught fire had only received a software update but no battery replacement, the official said on condition of anonymity as he is not allowed to speak to media.

Korea Automobile Testing & Research Institute, which has been investigating the fires, is now looking into the adequacy of Hyundai's voluntary recall process, the official and an institute official said.

Hyundai is expected to launch a new electric vehicle, the Ioniq 5 - its first model using a new EV-only platform - next month.