Prices crash as cars don't: Why motor insurance costs are coming down globally

Amid the global coronavirus pandemic, while most cars remain parked and streets empty, it only makes sense for auto insurance rates to reflect that.
By : AP
| Updated on: 14 Apr 2020, 09:15 AM 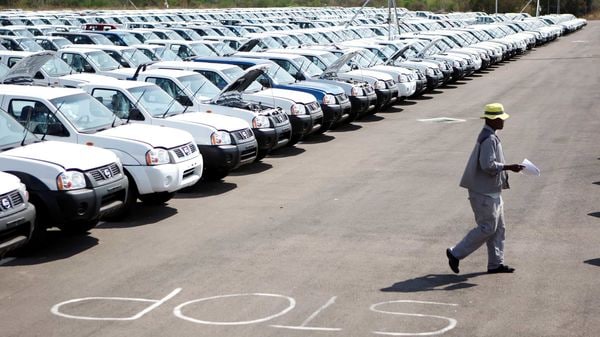 Interstates and city streets are empty and cars are quarantined in their owners' garages, so consumer advocates argue that it only makes sense for auto insurance rates to reflect that.

In the states of Washington and New York, the number of traffic crashes reported to state police fell about 30% in March compared with a year ago, as the states were on lockdown for part of the month to stop the spread of coronavirus.

Other states are reporting similar declines in traffic and crashes, and consumer advocates are calling on insurance companies to cut premiums or give refunds by a like amount.

Some companies have responded, but the Consumer Federation of America reports that discounts may be too small and aren’t being applied evenly.

Many insurance premiums are based on driving 1,000 miles per month, but customers may be driving only one-tenth of that, the federation said.

“The risk exposure is not nearly the same now as when the policy was first priced," Doug Heller, an insurance expert with the federation, said Monday.

(Also read: Money worth millions to be returned by several automobile insurers amid lockdown)

Companies that sell 82% of the auto policies in the U.S. have announced refunds or credits to drivers worth more than $6.5 billion during the next two months, the federation said.

Some, like State Farm, the country’s largest auto insurer, are giving credits starting in June that amount to a 25% reduction in bills from March 20 through May 31. That’s about $20 per month per vehicle, the company says.

That’s the kind of immediate relief that all companies should offer because so many people have lost their jobs due to stay-at-home orders from state governments, according to the federation. Yet many are offering only 15% discounts and one, Geico, won’t get the money to customers until their policies are renewed.

Along with American Family Insurance, the federation gave State Farm an “A" for its credit program.

But Geico got a “D-minus." Messages were left Monday seeking comment from Geico.

The only company ranked worse was Erie Insurance, according to the federation. Erie only promised to reduce rates in the future, the federation said.

Erie Insurance said its rate reductions equate to a 5% discount on premiums for at least 12 months when policies are renewed. The federation’s report, the company said, is based on an immediate impact for consumers. The lower rates are “designed to offer more impactful relief to customers — now and in the future," the company said in a statement.

(Also read: This company is offering one month free auto insurance amid lockdown in India)

But that doesn’t help drivers “who are paying premiums and need the relief now," said Heller.

Many smaller insurers aren’t offering any discounts or credits, especially those that target lower-income or minority drivers, Heller said. The federation called on state insurance regulators to force insurers to cut rates or give refunds.

The federation suggests calling your insurer and asking for a reduced rate because you are driving less, and raising questions about discounts on social media.

In both New York and Washington, the governors issued orders for people to stay at home relatively late in March, so it’s likely that crashes and traffic will drop even further during April when the orders are in effect for a full month.

That’s why the federation said discounts should be even higher than the 25% offered by State Farm in future months as lockdowns continue. The federation suggests 40% or higher and says consumers have leverage by threatening to switch to other companies with better discounts.

Insurers and the federation don’t recommend canceling your insurance if your company won’t offer credits or discounts. In many states, companies can raise rates if there’s a gap in insurance coverage.

Liberty Mutual Insurance says that it’s unwise to cancel because most states require minimum liability insurance, and even if you use the vehicle only to go to the store or other essential errands, you’ll still need coverage.

“Comprehensive coverage provides insurance for things like theft and weather, so you will want to retain that coverage as well even if the car is garaged at home," a company statement said.