Allstate Corp. expects to give back more than $600 million, with personal auto customers receiving 15% of their monthly premium in April and May.American Family Insurance said it plans to return about $200 million to its auto-insurance customers through a one-time payment of $50 per covered vehicle.
By : Bloomberg
| Updated on: 07 Apr 2020, 11:57 AM 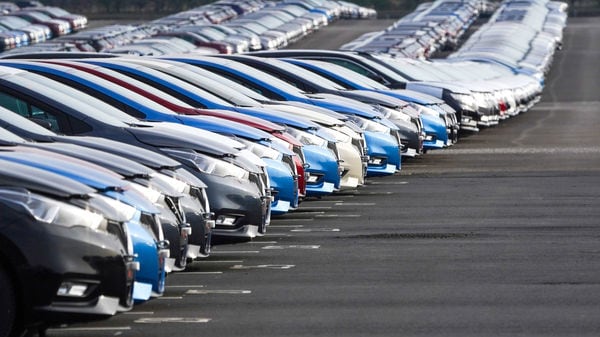 Auto insurers Allstate Corp. and American Family Insurance are returning some money to customers as widespread shutdowns across the U.S. from the coronavirus cut down on driving.

Allstate expects to give back more than $600 million, with personal auto customers receiving 15% of their monthly premium in April and May, according to a statement Monday. American Family Insurance said it plans to return about $200 million to its auto-insurance customers through a one-time payment of $50 per covered vehicle.

“Given an unprecedented decline in driving, customers will receive a shelter-in-place payback of more than $600 million over the next two months," Allstate Chief Executive Officer Tom Wilson said in his company’s statement. “This is fair because less driving means fewer accidents."

(Also read: Automakers are about to give an inkling of the sales collapse ahead)

States across the U.S. have issued stay-at-home mandates to help slow the spread of the deadly coronavirus. That’s led to a decline of about 35% to 50% in driving in most states, Wilson said.

“We started with one week of data and we sat down and said, ‘OK, what do we do about this?’ It’s one week of data. We don’t normally price on one week of data," Wilson said on a media conference call Monday. “In about a week and half, we pulled this off. There was not one debate in our company about whether we should do this or not."

Allstate said its first-quarter underwriting income will be cut by about $210 million before taxes because of the payback to holders of 18 million policies, with the remainder of the payback to be recognized in the second quarter. The company is also offering free identity protection for the rest of the year and payment relief for struggling customers.

“Allstate’s Shelter-in-Place Payback program, announced in a filing April 6, will reduce 1Q consensus EPS by about 16% and will also affect 2Q; still, fairly low 1Q catastrophe costs and a decrease in auto traffic nationwide may have offsetting effects."

Matthew Palazola, senior industry analyst, and Derek Han, associate analyst say, “We think it is positive that Allstate took a proactive step to refund customers," David Motemaden, an analyst at Evercore ISI, said in a note to clients Monday. “In addition to a good marketing opportunity, it likely also improves Allstate’s relationship with state regulators."

Rival Progressive Corp., which said it won’t cancel policies for non-payment through May 15, is exploring how to best return some premiums to customers and expects any plans to be in place soon, according to an emailed statement from a spokesman.

The insurance industry has faced growing pressure from some policyholders and lawmakers to cover business interruption costs tied to the pandemic despite the fact that some experts have warned that many policies wouldn’t cover virus-related losses. While Allstate doesn’t have large business-interruption exposure, Wilson said that the country needs to build more resiliency around pandemic-related risks, but shouldn’t force the industry to pay for losses that it specifically hadn’t planned to cover.

“The way to have dealt with this was to have built a resilient set of financial protections around a pandemic before we got into it as opposed to trying to do it in the rear-view mirror," Wilson said. “I don’t believe that we should expand contracts and make people pay for stuff, even if it’s only temporarily."