Petrol and diesel prices shot up once again on Thursday after staying mute for two days. While petrol became costlier by 35 paise per litre, diesel rates went up by 15 paise after being reduced by 16 paise on Monday. The hike in prices of both fuels come at a time when international crude prices have tumbled by around 2% over possibility of easing of supplies.

Fuel prices have been on a rise since the early parts of May and petrol rate, in particular, has seen a hike of ₹11.14 per litre over the past several weeks. Diesel rates in the same time frame have shot up by ₹9.14.

In Delhi, a litre of petrol is now at ₹101.54 while a litre of diesel is at ₹89.97. Petrol prices now are well and truly north of ₹100 mark in the five metropolitan cities of Delhi, Mumbai, Kolkata, Chennai and Bengaluru.

Of these metropolitan cities, fuel rates are the most expensive in Mumbai where a litre of petrol is now at ₹107.54 while a litre of diesel costs ₹97.45. 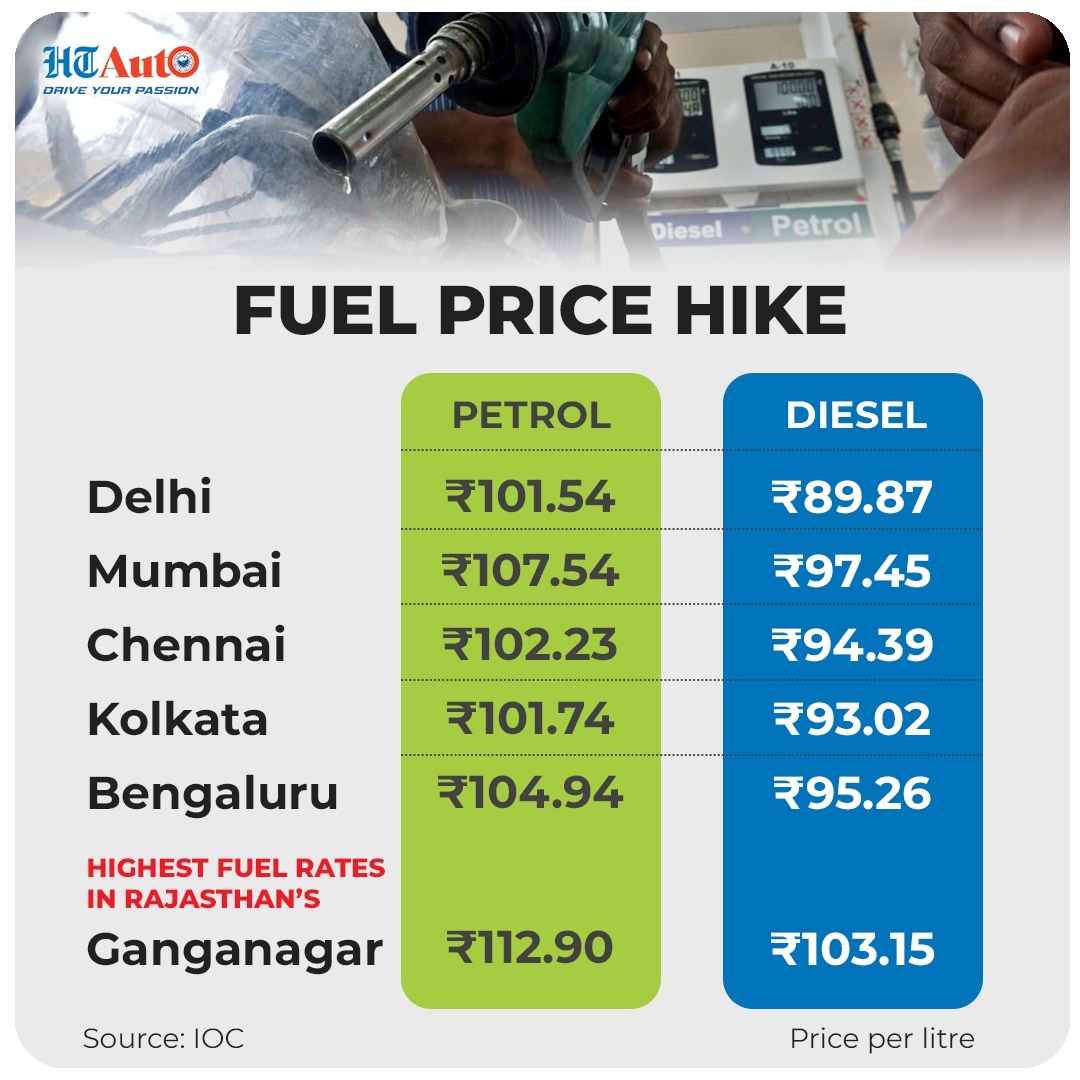 The varying prices of petrol and diesel across states is because of the differences in taxes and levies imposed by different state governments. Taxes imposed by the central government, however, also form a bulk of the portion of the final selling price of the two fuels.

While international crude rates also have an impact on the daily price revisions in petrol and diesel prices, many point out that in recent times, this has not been the case and that falling global rates haven't provided much - or any - relief to consumers in India. The central government in recent times has also highlighted the need to fund welfare measures and for this, taxes on fuel are crucial, especially in Covid-19 times.

Critics and political parties in the opposition, however, continue to target the central government while many economists point to inflationary pressures. Household budgets have gone for a toss as fuel prices remain at record high levels and are likely to only increase in the coming times.