After a two-day gap since Monday, oil companies have resumed revising the rates of petrol and diesel, taking the prices to a new all-time high across the nation.
By : HT Auto Desk
| Updated on: 21 Oct 2021, 08:17 AM 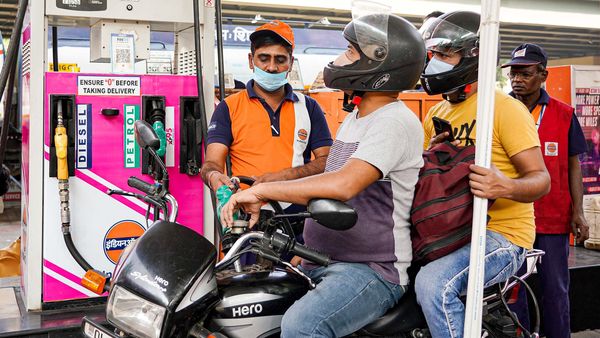 Petrol and diesel prices have been hiked for the second straight day on Thursday.

Petrol and diesel prices today have reached yet another record level after oil companies hiked the rates for the second consecutive day this week. Prices of both petrol and diesel have gone up by more than 30 paise for every litre across the country.

Petrol and diesel price hikes resumed on Wednesday after a gap of two days since the start of this week. Till Sunday, in four back-to-back hikes, the fuel prices had hit an all-time high after rise in global crude oil rates.

One of the major reasons behind the recent trend of fuel price hikes is the rising price of crude oil in global markets. It had breached $80 per barrel, up by almost $10 per barrel, which resulted in higher cost of petrol and diesel back home. While the Centre is in talks with the countries from where India buys crude oil in an effort to rationalise the rates, the chance of petrol and diesel prices coming down in near future seems bleak. India imports nearly 85 per cent of oil from other countries to meet domestic needs.