Petrol and diesel prices have been increased 31 times since May 4 this year.Chennai is on the brink of joining the list of cities where petrol price crossed ₹100 mark.
By : HT Auto Desk
| Updated on: 27 Jun 2021, 10:16 AM 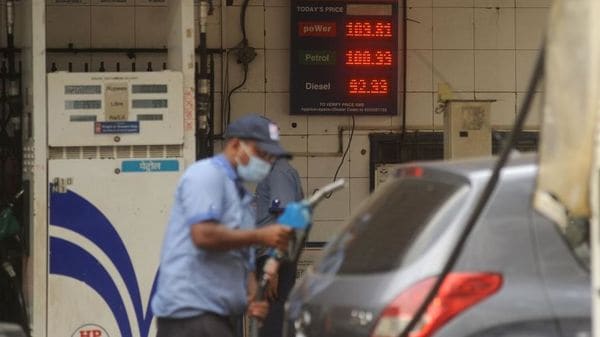 One litre of petrol currently costs more than ₹100 in 12 states and UTs.

With the continuous upward rally of petrol and diesel prices, several state capitals across India have already breached ₹100 mark. With the latest price hike several other state capitals too inched towards the century mark.

Patna and Thiruvananthapuram joined the list of cities where petrol prices have hit a century on Saturday. Now Chennai is on the brink of joining the list. Kolkata too is not very far from joining the list.

The retail oil prices are comprised of several components. These include excise duty, freight charges, state government VAT, dealer commission. Central and state government taxes contribute 60% of petrol prices and 54% of diesel prices. The price of petrol and diesel vary from state to state due to he varied rate of VAT.

There have been demands for reduction of excise duty on fuel to give relief to the consumers. The central government denied he proposal however.