With tax breaks, electric vehicles in Pakistan have become more affordable, as per industry figures.The import duty on fully built electric cars also dropped to 10% from earlier 25% for a period of one year.
By : HT Auto Desk
| Updated on: 22 Nov 2021, 13:11 PM

Pakistan's electric vehicle (EV) push has started picking up speed almost two years after the country first launched its green policy with an aim to make a shift to 30% electric cars and trucks by 2030, and 90% by 2040. The main reason behind the acceleration in shift to EVs is the hefty tax exemptions for imports of both electric vehicles, and parts and equipment to build the cars in the country.

With tax breaks, electric vehicles in the country have become more affordable, as per industry figures. This will help Pakistan push ahead with its goal to cut carbon emissions and urban pollution which is much needed as Lahore was recently declared as the most polluted city in the world.

The rising air pollution can be attributed to heavy use of fossil-fuel-powered vehicles for transport along with smoke from seasonal crop burning, both of which combine to make the problem particularly severe during this time of year.

Pakistan has witnessed a drop of general sales tax on locally manufactured electric cars - those with batteries holding less than 50-kilowatt hours (kWh) of power - from 17% to nearly zero, general manager of the government's Engineering Development Board (EDB), Asim Ayaz told Reuters. 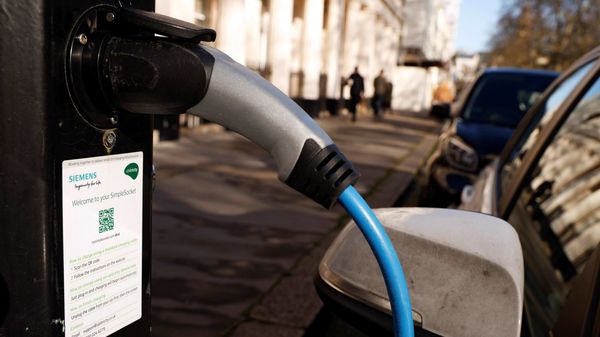 The customs duty on imported electric car parts such as batteries, controllers and inverters has also come down to 1%. The import duty on fully built electric cars also has dropped to 10% from earlier 25% for a period of one year.

With the new tax cuts, customers will be able to sav up to $2,900 on imported small electric vehicles, Shaukat Qureshi, general secretary of the Pakistan Electric Vehicles and Parts Manufacturers and Traders Association, told Reuters.

Pakistan aims to put half a million electric motorcycles and rickshaws as well as 100,000 electric cars, vans and small trucks on its roads by 2025. “Definitely the tax exemptions make the price point competitive… (and) makes it extremely attractive for the customer to go electric," Malik Amin Aslam, the special assistant to the prime minister on climate change, told the wire agency.

However, the issue of the lack of charging infrastructure prevails, though some companies have already established charging stations in big cities and along motorways. With the government encouraging private sector to install more charging stations near offices, homes and parking lots, the issue can be reduced, said climate change and development expert Ali Tauqeer Sheikh.