Cities like Karachi and Quetta are seeing long queues of vehicles waiting for refill.Prices of petrol, diesel have shot up by three times.Pakistani government has blamed oil marketing companies of creating artificial shortage. Companies blame Directorate General of Oil under the Petroleum Division.
By : HT Auto Desk
| Written By : Shubhodeep Chakravarty
| Updated on: 06 Jun 2020, 02:08 PM 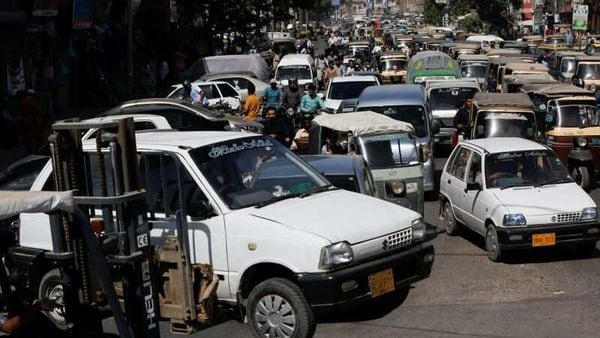 Several cities in Pakistan are reportedly grappling with a grave shortage of petrol and diesel which has compounded problems of ordinary citizens already under pressure from Covid-19-related circumstances.

Pakistan's The News reported on Saturday that the shortage in supply of fuel has severely impacted pump stations in Balochistan with serpentine queues of vehicles waiting for refill in Quetta at prices which have shot up by three to four times. The situation is every bit as grim in Karachi where pump owners say they have little choice but to jack up prices owing to shortage in supply.

Pump owners in many parts of the country have stated, even threatened, that they would shut down operations if the shortage in supply of petrol and diesel persisted.

Pakistan Today on Friday reported that several pump stations in Lahore, Peshawar and even Karachi and Quetta have already started closing facilities, and that the situation is expected to worsen in coming days. The report further mentioned a statement from All Pakistan Petroleum Retailers Association (APPRA) that informed that existing stocks are likely to run dry over the weekend. "The situation seems to be going from bad to worse until Sunday," Sameer Najmul Hassan, chairman at APPRA, was quoted as saying in the statement.

Finger-pointing has already started with the Pakistan government blaming oil marketing companies of creating an artificial shortage. Dawn reported that Omar Ayub Khan, the country's power and petroleum minister, has said oil marketing companies are looking at illegitimate profits by creating such shortages. "Their licences will be cancelled," he reportedly said, adding that there is no fuel shortage in Pakistan.

Dawn further reported that several oil companies have lashed out at Directorate General of Oil under the Petroleum Division, accusing it of 'having mismanaged the situation through knee jerk decisions and changing common decisions by all the stakeholders'. It is reported that their main grouch is that the Pakistani government 'first cancelled oil imports and changed berthing schedule of some favourite entities'.

Province-wise data reported by local media outlets highlight that different parts of the country have varying stockpiles of fuel. Some have supplies that would last just four days while some, like Sindh, have stocks to cover the next 20 days.

The country's petroleum division, according to Dawn, has stated that there's 272,000 tonnes of petrol and 376,000 tonnes of diesel which is good enough to cover 12 days and 17 days, respectively.

Pakistan's crisis-struck economy has been crawling through troubled times and its woes have only been increased manifold by the Covid-19 crisis. Fuel bills generated from oil imports are a major area of expenditure here. And despite global crude oil prices being relatively cheap currently, analysts suspect it could well be a little too costly for Pakistan to afford in current times.