Over 1,700 vehicles fined, 19 impounded during weekend lockdown in Noida 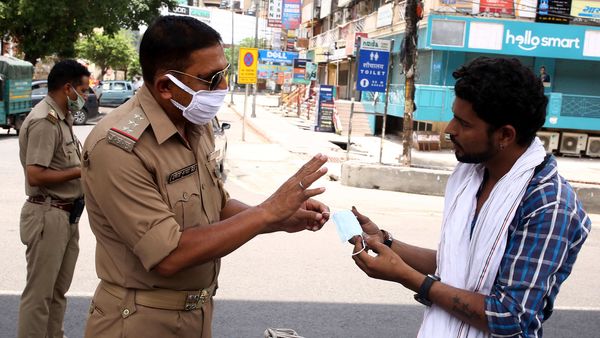 A dozen people were arrested across Noida and Greater Noida on Sunday for alleged violation of the curbs imposed due to the Covid-19 outbreak, Gautam Buddh Nagar police said.

Also, owners of more than 1,700 vehicles were issued challans, while another 19 vehicles were impounded for similar violations in the district, which has so far recorded over 7,800 positive cases of Covid-19 including 45 deaths, according to official figures.

Criminal Procedure Code (CrPC) Section 144, which bars assembly of more than four persons, is in force in Gautam Buddh Nagar in view of the pandemic, officials said.

The security checks were intensified over the weekend in view of the lockdown-like curbs which will continue till 5 am on Monday, they said.

"A total of 4,254 vehicles were checked across 200 barrier points in the district and challans issued to 1,727 of them while another 19 were impounded for violating the curbs placed due to Covid-19," the police said in a statement.

Altogether, ₹69,300 were collected in fines during the action, the police said.

The Noida-Delhi border, which was closed for normal public movement since the outbreak of the coronavirus in March, has been reopened since August 1, officials said.