Electric vehicle manufacturer Workhorse Group filed a legal challenge to the decision after USPS rejected its bid.The contract allows for the delivery over 10 years of between 50,000 and 165,000 vehicles, with a mix of internal combustion-powered and battery-electric models.
By : Reuters
| Updated on: 23 Jun 2021, 12:46 PM 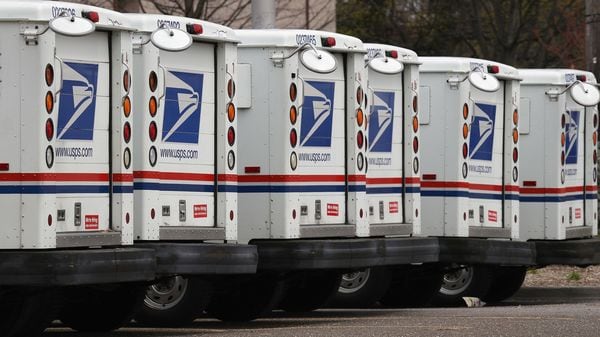 Oshkosh Defense said Tuesday it will build next-generation US Postal Service (USPS) delivery vehicles in Spartanburg, South Carolina, and expects to hire over 1,000 employees to do so.

USPS awarded a multibillion-dollar, 10-year contract to Oshkosh Defense, a subsidiary of Oshkosh Corp, in February. The contract could be worth more than $6 billion in total.

It allows for the delivery over 10 years of between 50,000 and 165,000 vehicles, with a mix of internal combustion-powered and battery-electric models.

Workhorse had proposed building an all-electric vehicle fleet for USPS and has the support of many US lawmakers.

Oshkosh Defense plans to repurpose a warehouse to fulfill the contract, and production is expected to begin in mid-2023.

USPS said last week "preproduction design, tooling and facility preparation are proceeding on schedule, with the first (next generation delivery vehicles) estimated to appear on carrier routes in 2023."

Postmaster General Louis DeJoy has committed to at least 10% of the fleet being electric, but he said in a letter in March to lawmakers that with government assistance the USPS could commit to making a majority of the fleet electric within 10 years.

He added that the USPS needs about $8 billion to electrify the new fleet to the "maximum extent" feasible.

President Joe Biden and some lawmakers in Congress have called for government funding to speed USPS's transition to more electric vehicles.

Most current delivery vehicles are at least 25 years old and do not have air conditioning or modern safety features.