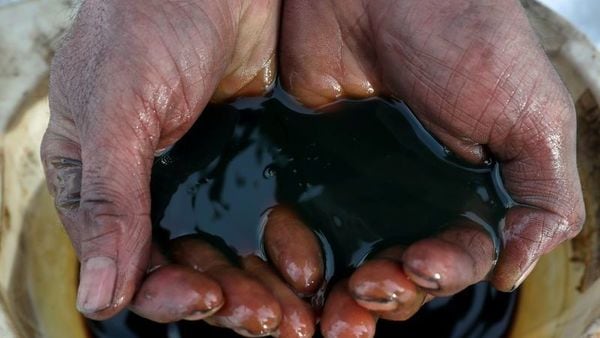 Boosting prices, the world's biggest oil traders said on Tuesday they see oil prices staying above $70 a barrel with demand expected to return to pre-pandemic levels in the second half of 2022.

Oil prices rose nearly 2% to their highest in more than two years on Tuesday, buoyed by expectations demand will recover rapidly in the second half of 2021.

Boosting prices, the world's biggest oil traders said on Tuesday they see oil prices staying above $70 a barrel with demand expected to return to pre-pandemic levels in the second half of 2022.

Vitol Chief Executive Russell Hardy sees oil moving between $70 and $80 a barrel for the remainder of 2021 on the expectation that the Organization of the Petroleum Exporting Countries and its allies (OPEC+) keep supply discipline, even as Iran's exports may resume if the United States rejoins a nuclear agreement with Tehran.

"We have had those stock draws for a couple months, the market is heading in the right direction," Hardy told the FT Commodities Global Summit.

Trafigura Chief Executive Jeremy Weir told the same event there was a good chance prices could reach $100 a barrel because of falling reserves before the world reaches peak oil demand.

"The decision by OPEC+ to be overly cautious in returning supply to the market, whether this is true caution or they are intentionally stoking oil prices higher, has been a main tenant in seeing $73 per barrel Brent," said Louise Dickson, oil markets analyst at Rystad Energy.

Official government data is due out Wednesday.

Analysts polled by Reuters expect US crude stocks to have fallen for a fourth week in a row, dropping by about 3.3 million barrels last week. Industry data is due at 4:30 p.m. Tuesday, followed by official figures on Wednesday morning.

Investors and traders are also watching the outcome of a two-day US Federal Reserve meeting that starts on Tuesday for signals on when it will start to scale back monetary stimulus.

The Fed is getting ready to debate how and when to start tapering a massive asset-purchase program that helped to support the US economy during the pandemic.