Financing the clean transition is the biggest challenge for Europe, with the existing objective to cut emissions by 40% in 2030 requiring additional investment of 260 billion euros annually.
By : Bloomberg
| Updated on: 29 Apr 2020, 04:13 PM 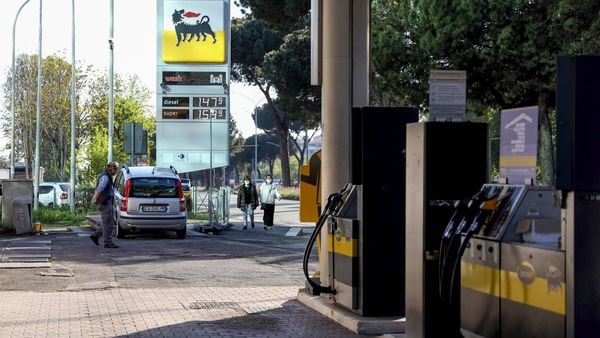 The EU spends as much as 200 billion euros ($217 billion) a year on subsidising oil and other fuel items.

The collapse in oil prices is opening an opportunity for Europe to remove subsidies to fossil fuels and accelerate an unprecedented transition to a net-zero-emissions economy.

The European Union wants to put the Green Deal to become climate-neutral by 2050 at the heart of the plan to recover from the coronavirus pandemic, according to Energy Commissioner Kadri Simson. While record low oil prices may at first glance make the environmental shift more difficult, they also underscore a risk for future investments in fossil fuels, she told Bloomberg News.

“Now is a good time to reflect how our regulatory framework -- including tax systems –- can better support a more sustainable and resilient future," Simson said in an e-mailed response to questions. “Getting rid of fossil fuel subsidies while lowering taxes on electricity can nudge us in the right direction, without putting too much pressure on the consumers."

The EU spends as much as 200 billion euros ($217 billion) a year on subsidizing oil, coal and natural gas, according to a study by the European Parliament. That’s hindering the effort to reduce greenhouse gases, which is at the heart of the EU agenda.

While environmental lobbies have long urged removing subsidies for the production and consumption of fossil fuels, most EU member states have not even signaled any plans to consider such steps.

The European Commission, the EU’s executive arm, has repeatedly criticized such subsidies for encouraging wasteful energy consumption and putting an obstacle to green investments. Financing the clean transition is the biggest challenge for Europe, with the existing objective to cut emissions by 40% in 2030 requiring additional investment of 260 billion euros annually.

The energy industry will have a key role to play in the recovery package that the EU is currently drafting. The commission is reaching out to companies and business associations to gather best ideas how to support new jobs and growth in areas such as energy efficiency and renovation, renewables, clean hydrogen and green infrastructure, according to Simson.

The energy industry has shown resilience and coped well with the coronavirus crisis, ensuring security of supply even during the most difficult times, she said. Still, the joint shocks of the pandemic and oil price collapse brought “a phase of instability," with highly volatile prices, and a worsened outlook for renewables amid disruptions in manufacturing supply chains.

“At the same time, the crisis has given us a snapshot of the future: in many countries, the penetration of renewables has significantly increased and this will become more and more common," Simson said. “Many investors are turning their interest away from fossil fuels and into renewable energies, where they see higher long-term returns. That’s why I believe the recovery plan is an opportunity to accelerate support for renewable energy."