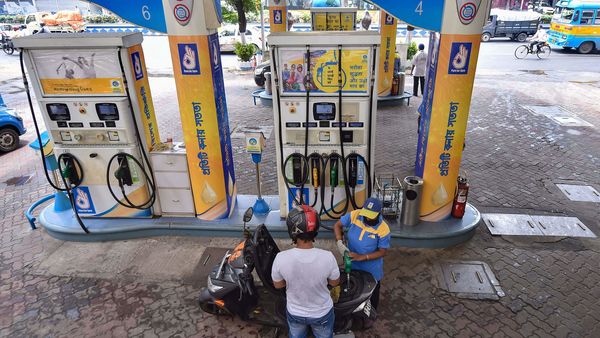 Pradhan also justified the decision to implement a ₹6000 crore project at BPCL Kochi refinery ahead of disinvestment, saying the project will facilitate the production of niche petrochemicals which are predominantly being imported in the country.

Facing flak from opposition parties over rising fuel prices, Oil Minister Dharmendra Pradhan on Saturday blamed the artificial price mechanism created by the Oil producing nations for spiralling retail prices of petrol and diesel which have touched an all-time high.

Noting that India meets 80 per cent of its fuel requirement from oil-producing nations, the minister said "we are facing challenges on the price" as the crude oil price was again on a rising trend. Pradhan, who is here to attend the inauguration of the Petrochemical Park at BPCL Kochi Refinery by Prime Minister Narendra Modi on Sunday, said there was a total collapse in demand for petroleum across the world due to the Covid-19 lockdown and petroleum producers had to reduce production.

"Now the economy has revived and India has returned almost to the pre-Covid position. However, the oil producers have not increased production." "I am sorry to say oil rich countries are not looking into the interest of consuming countries. They created an artificial price mechanism. This is pinching the consuming countries," Pradhan told reporters in response to a query on rising fuel prices in the country.

The minister, however, said recently some initial positive things have been indicated by the oil producing countries.

The minister also said the situation arising out of the Covid-19 crisis contributed to the oil price hike.

He cited the government's increased spending in welfare and developmental programmes to justify the increase in the petroleum products.

"Some components of the petroleum price are coming from the tax regime. We are passing through an unusual phase due to the Covid pandemic." "The spending of the Union and state governments have gone up.There is a 34 per cent increase in capital expenditure in the budget. But we have to carry forward our economy and we need resources," he said.

His statement came a day after the Congress said it was planning a nationwide protest against increasing fuel prices.

The opposition party has attacked the BJP-led government at the Centre over the soaring prices of diesel and petrol and alleged that it was not willing to lower the excise duty on diesel and petrol to ease the burden on the people.

Pradhan also justified the decision to implement a ₹6000 crore project at BPCL Kochi refinery ahead of disinvestment, saying the project will facilitate the production of niche petrochemicals which are predominantly being imported in the country.

He said this will create new industries and new job opportunities in Kerala.