There is a clear link between oil prices rising with more and more tests being conducted to find a vaccine for Covid-19.Traders may no longer see much chance of another sharp plunge in prices.
By : Bloomberg
| Updated on: 19 May 2020, 08:18 AM 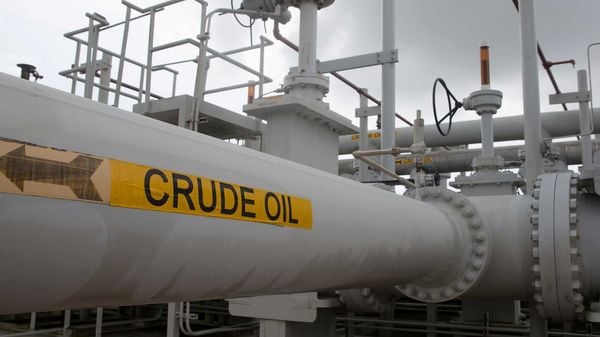 Crude prices are getting bolstered with more and more tests being done to find a vaccine for Covid-19. (File photo used for representational purpose)

Oil’s rally extended to a fourth day as a combination of recovering demand, production cuts and promising test results for a coronavirus vaccine brightened the outlook for energy prices.

Futures in New York rose around 3% toward $33 a barrel after closing at the highest level in almost 10 weeks on Monday. The June contract expires Tuesday but a repeat of last month’s plunge below zero is highly unlikely. There were far higher trading volumes in the July contract, which advanced around 2%.

Crude got an extra boost on Monday after American biotechnology company Moderna Inc. said its vaccine showed signs it can create an immune-system response to the virus, helping to spur broad financial market gains. In a sign that traders no longer see much chance of another sharp plunge in prices, the premium to pay for out-of-the-money puts on West Texas Intermediate versus calls fell to the lowest level since March 6, just before the price war kicked off.

Chinese oil use is almost back to pre-virus levels, while a jump in Indian fuel sales shows the worst may be over there as lockdown restrictions are eased. Italians were allowed to go back to restaurants and New York is set to open a sixth region as some of the hardest-hit areas in Europe and North America move ahead with restarting their economies.

On the supply side, shale oil output from the U.S., the world’s biggest producer, is forecast to fall to the lowest since late 2018 next month, according to the Energy Information Administration. There’s also been a “stunning reversal" in OPEC+ shipments so far in May, data intelligence firm Kpler said, after the alliance’s deal to curb production kicked in at the beginning of the month.

“Optimism is being expressed across all markets, not just oil but base metals are rallying and we’re seeing good support from equity markets," said Michael McCarthy, chief market strategist at CMC Markets Asia Pacific. However, “markets may be running ahead of the facts in thinking the economies will be back on track quickly once lockdown measures are lifted" and there’s a risk WTI could drop in the short term, he said.

WTI for June delivery rose 2.8% to $32.71 a barrel on the New York Mercantile Exchange as of 10:22 a.m. in Singapore, while the more active July contract climbed 1.6% to $32.17. The front-month contract settled above that for July on Monday for the first time since January, signaling concerns over storage capacity in the U.S. have eased.

Brent for July settlement advanced 1.1% to $35.20 a barrel on the ICE Futures Europe exchange after gaining 7.1% on Monday. The global crude benchmark traded at a $3.03 premium to WTI for the same month.