The new traffic regulation had kicked in since September 1 this year. But heavy rush at the Regional Transport Offices (RTOs) has forced the Odisha government to consider extending the deadline.
By : IANS
| Updated on: 28 Nov 2019, 16:23 PM 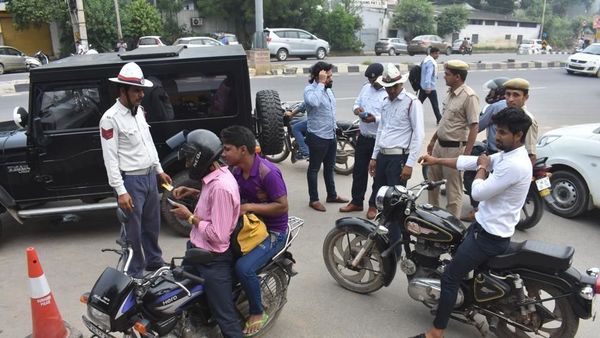 In view of heavy rush at the Regional Transport Offices (RTOs) across the state, the Odisha government is considering further extending the deadline for implementation of the new traffic rules under the amended Motor Vehicles Act, it was announced here on Thursday.

Following public commotion over the levying of heavy fines, the state government had relaxed implementation of the new traffic rules for three months ending November 30 as a way to allow people time to get their documents ready to comply with the traffic norms.

Commerce and Transport Minister Padmanabha Behera on Thursday said he is aware of the heavy rush of people to update their documents at all RTOs across the state.

"I am aware of the rush at the RTO (Regional Transport Offices). Discussions are underway and necessary steps will be taken so that people do not suffer due to the re-enforcement of the norms. The state government will take a decision in this regard soon, the Minister told mediapersons here.

The issue was raised on Thursday in the state Assembly, where Biju Janata Dal (BJD) legislator Debi Prasad Mishra said that people are unable to get their documents done in time from the RTOs due to inadequate staff.

"The government should rethink about its earlier decision. The Speaker must give a ruling over the issue seeking an answer from the concerned Minister," said Mishra.

He said people should be given at least 6 months time to avail motor vehicle-related documents.

Meanwhile, replying to a question in the House, the Transport Minister said as many as 8.89 lakh people had applied for leaner's license since enforcement of amended Act on September 1 this year.

A total of 1,44,545 people have been provided driving licenses during the period, the Minister added.