The Noida police will also keep a vigil on incidences of non-compliance of pollution under control (PUC) norms besides ensuring stoppage of encroachment on footpaths.
By : HT Auto Desk
| Updated on: 11 Oct 2021, 01:14 PM 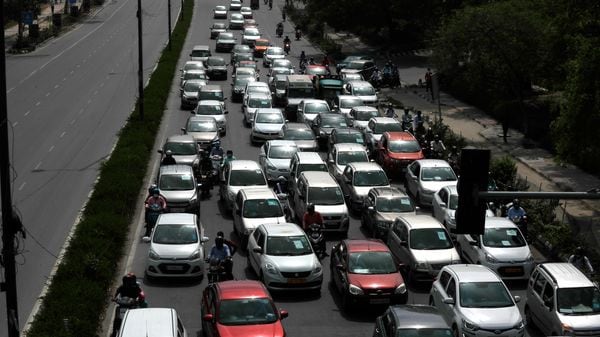 The Gautam Buddh Nagar administration has directed the district police to impound diesel vehicles that are older than 10 years and petrol vehicles that are older than 15 years in compliance with a Supreme Court order. This is being done as part of the ‘winter action plan’ in a bid to prevent air pollution in the city, that tends to rise during winters.

The district administration has also directed police to make sure that vehicles which are not destined for Noida or Greater Noida should use bypasses or peripheral expressways. The police will also keep an eye out and show no tolerance for visible emissions by stopping "visibly polluting vehicles" from plying. Such vehicles will either be impounded or fines will be issued to offenders.

(Also read | Is your car older than 15 years? Be prepared to shell out more for registration)

Further, the district police will make a list of traffic hot-spots and release it along with an advisory for motorists. "Deploy additional man power and civil defence volunteers to ensure smooth traffic flow at identified traffic hot-spots and impound diesel vehicles older than 10 years and petrol vehicles older than 15 years in compliance of the Supreme Court's order," the winter action plan stated.

The police will also keep a vigil on incidences of non-compliance of pollution under control (PUC) norms besides ensuring stoppage of encroachment on footpaths. “Check and resolve issues such as congestion and unusual dust emission due to traffic or parking, and ensure compliance of action plans on the identified pollution hotspots in the city," the action plan stated.

The administration released the 'winter action plan' on October 6 in order to check pollution ahead of winters, the time when air pollution in the National Capital Region (NCR), including Noida and Greater Noida, increased to severe levels, affecting human health.

(with inputs from PTI