No Voltswagen after all: Volkswagen says name change announcement part of joke

Volkswagen had made it official it is changing its name to Voltswagen. Share prices in the US had jumped 5%.Now, Volkswagen says it was part of a pre-April Fool's Day joke.While Volkswagen says it remains committed to EVs, the joke has potential to backfire in several ways.
By : HT Auto Desk
| Updated on: 31 Mar 2021, 11:55 AM 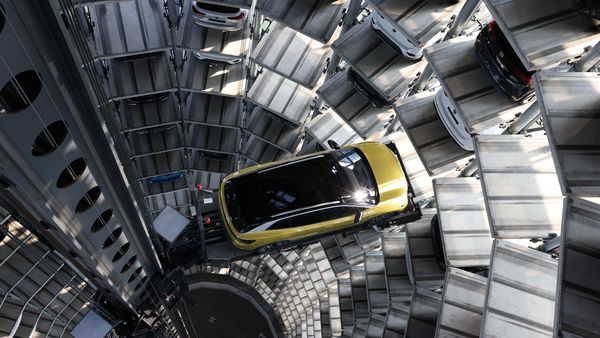 Volkswagen showcased its intent of focusing massively on electric vehicles by, and also, releasing a statement earlier this week informing it intends to change its name to Voltswagen. On Tuesday, the company engaged the reverse gear and stated that it was all part of an elaborate joke.

As per a report in the Associated Press, Volkswagen spokesperson Mark Gillies informed that the intended name change from Volkswagen to Voltswagen was part of the company's pre-April Fool's Day joke. He had previously stated that the name change was real and actually happening.

While the change in name may have been deemed a joke, Volkswagen states that the underlining theme was the emphasis on EVs. And the car maker wants the world to know that this isn't a joke after all.

For Volkswagen to issue a statement on an intended name change and later term it as a joke is quite unusual for a company of its stature.

Multiple media outlets across the world, including HT Auto, had reported about the possibility of Volkswagen changing its name to Voltswagen. That it was all a joke was confirmed by Scott Keogh, President and CEO of Volkswagen of America. "We might be changing out our K for a T, but what we aren’t changing is this brand’s commitment to making best-in-class vehicles for drivers and people everywhere," a press statement attributed to him read.

The humour in it all may go missing in some quarters and especially with US securities regulators. This is because Volkswagen shares in the country had risen by 5% after the name change had been announced. It is reported that investors tend to respond positively to most moves made by companies that have something or the other to do with EVs. And while Volkswagen states it remains committed to EVs, the funny part of a pre-April Fool's Day joke may go missing. Some market watchers have even gone to the extent of terming the entire incident outright 'stupid' and 'incredibly immature.'

Others are drawing parallels between Volkswagen's name-change hoax and Tesla CEO Elon Musk - back in 2018 - tweeting about taking the company private and that he had secured funding for it. Both Musk and Tesla had to pay hefty amounts in penalties because while Tesla stocks rose on the news, there was no real truth to it at all. And while Tesla has an unconventional way of doing business, Volkswagen may be going down the same path - albeit gradually. Whether it helps the car maker in the long run, as it looks to catch up to Tesla in the world of electric mobility - it remains to be seen.