No vehicle fitness certificate in case of pending challan: Delhi govt to HC

Delhi government's reply was against plea by a taxi driver whose application for renewal of fitness certificate was not considered as there were several pending challans connected with his vehicle.
By :
| Updated on: 08 Dec 2020, 08:59 AM 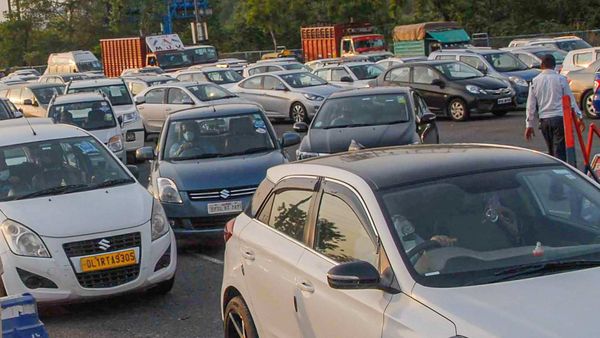 The AAP government on Monday told the Delhi High Court that the Centre's standard operating procedure mandates that if there is any pending traffic challan against any vehicle then no transactions, like issuing of fitness certificate of NOC, in relation to it would be permitted.

The submission by the Delhi government has been in response to a taxi owner's plea whose application for renewal of fitness certificate of his vehicle was not considered as there were several pending challans connected with the four wheeler.

According to the affidavit filed by the Delhi government, represented by its standing counsel Ramesh Singh, the taxi owner has pending road tax dues since April last year and several pending challans for over speeding.

The Delhi government further told a bench of Chief Justice D N Patel and Justice Prateek Jalan that the mandate of the Ministry of Road Transport has been incorporated in the VAHAN software and therefore, it ensures that where vehicle owners have pending challans, they are rendered unable to pay fee for testing their vehicle or issuance of a fitness certificate.

Therefore, the petitioner's claim that renewal of fitness certificate was refused without any reason was "fallacious" as the software would not have allowed him to apply for it in the first instance due to the pending challans, the Delhi government has said in its affidavit.

It has also contended that the state has an inherent right to enforce payment of road tax and pending challans to the best of its judgement and circumstances.

It also told the court that due to the Covid-19 pandemic, the ministry had in August this year issued a notice extending till December 31 the validity of documents related to Motor Vehicles Act and the rules framed under it and therefore, the petitioner has time till then to clear the tax dues and pending challans.

The bench listed the matter for hearing on December 21 after the petitioner's counsel said his client will not be able to ply the vehicle after December 31 without first paying the challans.

The taxi owner, Dharmendra Kumar, in his plea filed through advocate Praveen Agrawal, has sought quashing of the provisions under the Standard Operating Procedure, issued by the ministry in 2018, which mandate closure of all pending challans to be eligible to avail services like no objection or fitness certificates.

The plea has contended that the such provisions under the SOP are in violation of the Motor Vehicles Act and the rules framed under it.

He has further contended that the SOP provisions "infer that no work will be done even if a challan is under contest, throwing the principle of presumption of innocence out of the window".

"The respondents (ministry, Delhi government and police), thus, are violating the constitutional rights of the petitioner (Kumar) by denying him the right to contest challans and instead, forcing him to compound them by paying the amounts demanded without demur," the petition has said

It has also alleged that the SOP provisions were being used as a tool to "compel" drivers/owners of commercial vehicles to compound or pay the challans and it does not impact the owners/drivers of private vehicles.