Home Auto News No Sunday Drives In Mumbai This Weekend As Police To Shut Traffic. Here's Why

No Sunday drives in Mumbai this weekend as police to shut traffic. Here's why

Mumbai Police will launch an initiative called  Sunday Street to keep cars and two-wheelers off road and allow cycling, walks and skating activities in select parts of the city.
By : HT Auto Desk
| Updated on: 25 Mar 2022, 11:27 AM 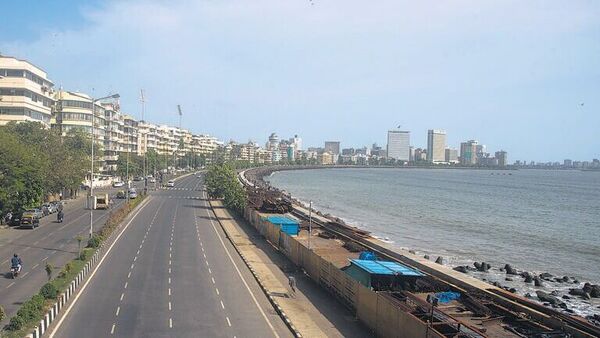 Parts of Mumbai will remain shut for traffic this Sunday. Mumbai Police will launch an initiative called Sunday Street from this weekend in an effort to provide relief to the city often found grappling with long traffic jams. The initiative, however, is aimed to promote activities like yoga, cycling, walking and skating among others. This will not only help in providing some relief from vehicular pollution, but also promote pollution-free commute.

The initiative, which is the brainchild of Sanjay Pandey, Commissioner of Police, will shut down traffic for about four hours on Sunday. The initiative will impact traffic in 13 places in the city. These places include Dorabhai Tata Road in Nariman Point, Carter Road in Bandra, Mind Space Road in Goregaon, Lokhandwala Road in D N Nagar (Andheri), Tansa Pipe Line at Mulund and Eastern Expressway in Vikhroli. These roads will remain closed for vehicular movement between 6 am and 10 am and dedicated to local residents.

Rajvardhan Sinha, Joint Commissioner, Mumbai Traffic Police, said, “We have identified 13 patches, including ones at Marine Drive, Bandra Bandstand, Oshiwara, Borivli and Mulund, among others, which will be kept shut for traffic from 8am to 11am on Sunday and dedicated to citizens. Diversions will be provided to motorists during this period."

Aaditya Thackeray, Minister for Tourism and Environment of Maharashtra, welcomed the initiative and said, “Mumbai is cleaning up its act on traffic and traffic rules, khataras and some key issues of citizens. Appealing to all Mumbaikars to come forward and support this initiative!"

Mumbai traffic police has recently started to conduct special drives to penalise traffic violators and registered FIRs against wrong-side drivers. Sanjay Pandey, who took charge earlier this month, had announced on Facebook live that wrong side driving will not attract fines, but violators will be directly booked for rash driving. At least 125 violators were booked on Thursday.