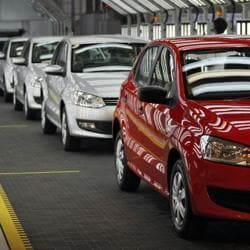 The Indian auto industry is facing the worst slump in nearly two decades.

Traders body CAIT on Tuesday said there is no slowdown in the domestic automobile sector and the industry is making hue and cry only to get a package from the government.

"There is no slowdown in the domestic automobile sector. They are saying this to get a package from the government," Confederation of All India Traders (CAIT) Secretary General Praveen Khandelwal told reporters here.

Citing an example of new vehicle launches, he said companies have received huge number of bookings, which do not reflect any slowdown in the sector.

Talking about recent festival sales announced by global e-commerce firms like Amazon and Flipkart, Khandelwal demanded immediate action from the government to ban these mega sales.

He claimed that such firms are violating foreign direct investment (FDI) norms in the e-commerce sector.

"If the government does not take action, we will approach the court," he said.

He also said these e-commerce companies are allowed to do only B2B business but they are indulging in big advertisement campaign.

"These companies are not doing business, this is the business of valuation. They should give details of top 10 vendors in the last five years," he said.

He also said interest rates are high in India and global firms get loans at cheap rates.

(The story has been published from a wire feed without any modifications to the text. Only the headline has been changed.)