Home Auto News No 'made In China' Tesla For India: Nitin Gadkari Bats For Local Production

Nitin Gadkari says he is in talks with Tesla officials and that the government will provide support if Tesla opts to manufacture in and export from India.
By : HT Auto Desk
| Updated on: 09 Oct 2021, 08:55 AM 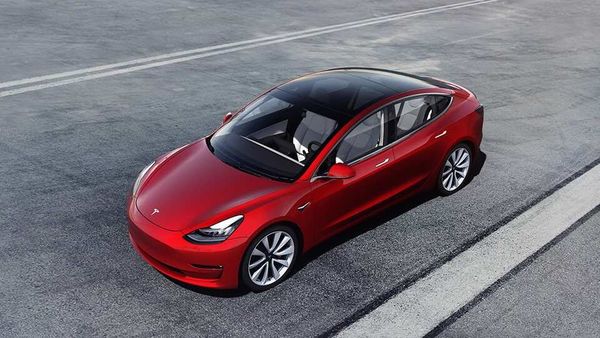 Tesla Model 3 is the best-selling Tesla in the world. At present, it is also the most-affordable Tesla.

Union Minister Nitin Gadkari recently said that he has repeatedly told Tesla to consider local production of its electric vehicles for the Indian market in India and that the central government is ready to provide support for this. He also added that he has made it clear to the US-based EV giant that its units manufactured in China shouldn't be sold here.

(Also read: Tesla loses fraud case in yet another image setback in China)

Speaking at the Indian Today Conclave 2021, Gadkari underlined the willingness of the Indian government to pave the way for local manufacturing for electric vehicles and that Tesla should strongly consider this option. “I have told Tesla that don't sell electric cars in India which your company has manufactured in China. You should manufacture electric cars in India, and also export cars from India," the minister said. “Whatever support you (Tesla) want, will be provided by our government."

Tesla established its Shanghai plant in 2019, its first outside of the US. The plant has become a major hub for the production of Tesla Model 3 and Model Y cars, and caters to not just the local Chinese market but to several European countries as well.

Local production is one of several ways of keeping costs to customers down and therefore, promoting EV adoption. But concession on taxes imposed on units imported may also help. Tesla CEO Elon Musk has in the past pointed to the high tax structure in India on models imported as completely built units (CBUs). Gadkari, however, has confirmed that talks are on with Tesla officials regarding the company's demand related to tax concessions.

Tesla, in a letter to the road ministry, has asked the government to standardize the tariff on electric cars to 40 per cent irrespective of the customs value, and withdraw the social welfare surcharge of 10 per cent on electric cars. Currently, cars brought in via CBU are imposed with a custom duty anywhere in the range of 60% to 100%.

This may not be viable for Tesla, say many, as it looks to offer more affordable EVs in the markets such as India with a view on further enhancing its sales volumes.