Home Auto News No Ev Charging Port At Home? These Pop Up Hubs On Road Can Provide Solution

No EV charging port at home? These pop-up hubs on road can provide solution

The pop-up charging hubs were developed specifically to solve the problem of at-home charging for the households who have to park their car on street.
By : Sabyasachi Dasgupta
| Updated on: 06 May 2020, 12:04 PM 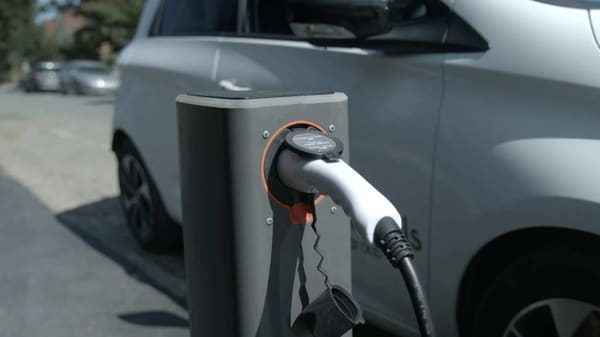 Imagined for 90% of residential streets, the unobtrusive design of the charging ports means there is no long queues usually associated with traditional charging stations. (Photo courtesy: Urban Electric Networks)

UK-based electric-vehicle startup charging Urban Electric Networks announced the completion and test results of the UEone prototype in Oxford. According to the company, the test was a 'great success'.

The tests were conducted in collaboration with the Oxford City Council, the Combined Car Club, and the Duku Product Development Agency. The tests were funded by the Low Emission Vehicle Administration (OLEV) and conducted by Innovate UK. The street was equipped with 7 kW charging hubs, which are cleaned underground when they are not used for charging. In this way, sidewalks can remain clean for pedestrians, while drivers can easily charge their electric vehicles at night.

Imagined for 90% of residential streets, the unobtrusive design of the charging ports means there is no long queues usually associated with traditional charging stations. It also leaves any requirement of charging cable or equipment redundant.

Initially, recessed charging stations were introduced in 2018 when Urban Electric Networks announced a solution for charging electric vehicles in densely clogged cities through the use of recessed charging stations on the sidelines. The idea is to integrate the chargers in an unobtrusive way to provide charging options for people who don't park in the garage, where a private charging infrastructure can be integrated.

As UE co-founder Olivier Freeling-Wilkinson explained, "The most convenient, affordable and environmentally friendly way to charge electric vehicles from the network is to charge the house at night, but up to 85% of households in some urban residential areas cannot do this because they park on the street acting as a barrier to the introduction of electric vehicles."

The first of six charging concentrators was installed last year, which eventually expanded to a larger pilot project. Now it ended with a proof of concept of the technology, as well as a positive reaction from the participating drivers and residents.

Freeling-Wilkinson also shared a positive impression saying, "We were pleased to know that all residents, and not just electric car drivers, were "very pleased "with the installation of a charging unit on their street, confirming the concept of a recessed charging station as a breakthrough in the field of electric car charging on the street".