Nitin Gadkari says running electric buses would mean bigger margins for operators than what they would earn through conventional diesel models.
By : ANI
| Updated on: 25 Aug 2020, 04:58 PM 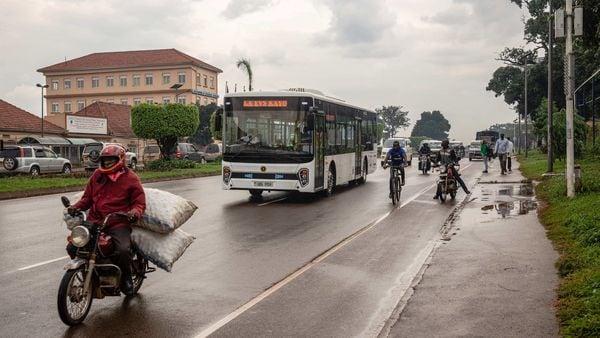 File photo of an electric bus used for representational purpose only.

"If anyone is ready to invest in India, we can give him a pilot project for a city, where they can run their buses on electricity. Running their buses through electricity, they will get good margin compared to diesel. However, the ticket rate will remain the same. It is an attractive project due to saving between diesel and electricity," Gadkari said while addressing the 4th UITP India Bus seminar, through video conference.

He added that it was to be seen whether the same method could be used for the transportation of goods.

"The trolly buses on electric or railbus can be started in India. We have to technically find out whether we can transport goods, trucks also on the same system. The economic viability may increase," the minister said further.

The Union minister also spoke about the London model of public transport and said that he has been trying to implement it.

Pointing out that the government was also planning to make bus ports, he added, "We are also planning the making of bus ports which are economically viable. The bus port can be developed like an airport through Public-Private Partnership (PPP) model.