Nitin Gadkari says India is set to become the world's biggest EV manufacturing center over the next five years.Gadkari highlights this would cover two-wheelers, three-wheelers and cars.
By : HT Auto Desk
| Updated on: 19 Oct 2020, 07:24 AM 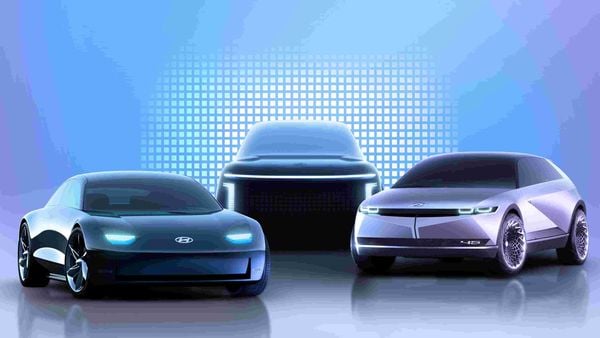 Nitin Gadkari has backed efforts that would help India increase 'swadeshi' production and has said that the country's automotive sector - among several others - are increasingly becoming self-reliant. He made these comments during a virtual programme organised by the Swadeshi Jagran Manch on Sunday.

Gadkari underlined the need to bolster exports while reducing reliance on imports and added that India was on the right track. "I feel imports need to end and exports should be increased through the promotion of import-substitute goods," said the union minister, adding that an alternative fuel economy worth ₹5 lakh crore could be created through rural participation.

Interestingly though, Gadkari said that India is at the cusp of becoming one of the most significant players in electric vehicles. The Road Transport, Highways and MSMEs Minister said that the country would become the world's largest e-vehicle manufacturing hub in the next five years with products ranging from two-wheelers, three-wheelers and cars to construction equipment.

India is looking at ushering in electric vehicles in a big way and the government had previously established its ambitions of making the country a 100% electric-vehicle nation by the year 2030. It is widely recognized, however, that in order to realize this dream, infrastructure development needs to keep pace while local manufacturing could bring costs down to make such products more affordable for mass adoption.

Gadkari had previously urged car makers to build flex-engines to promote alternative fuel. "Government has taken a decision that the companies with a worth of more than ₹250 crore can start their own petrol/diesels pumps but the condition is that they should have alternative fuel pumps also," he had said. ""We are going to increase the production of biofuel given (there is) surplus foodgrains. I request you all (car makers) to bring in flex-engine technology which is a proven technology and already your brand companies are using all these technologies in Brazil, in USA and in Canada."