Nitin Gadkari also proposed the automakers to make six airbags a standard fitment in all passenger vehicles.Flex fuel engines can run on 100% biofuels and petrol.
By : HT Auto Desk
| Updated on: 03 Aug 2021, 05:51 PM 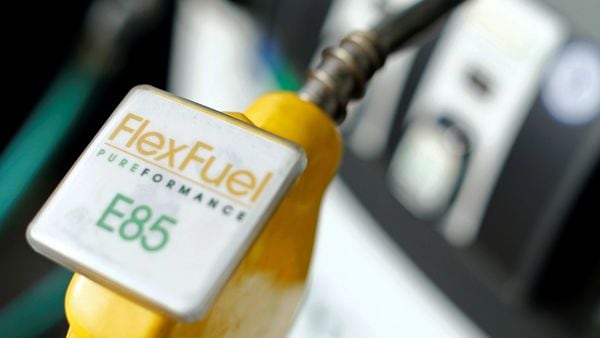 Flex fuel engines used in substantial numbers in Brazil and US.

Union road transport and highways minister Nitin Gadkari on Tuesday has reemphasised on the flex-fuel vehicle issue. He asked the automakers in India to focus on rolling out flex-fuel vehicles (FFV) within a year. Also, he has asked the automobile manufacturers to compulsorily provide a minimum of six airbags in all the passenger vehicles, Gadkari has revealed in a tweet.

The union minister wrote in his tweet that he met a delegation of CEOs of SIAM in New Delhi on Tuesday, where he emphasised on the need for a quick rollout of FFVs. According to Gadkari, these flex-fuel vehicles should be capable of running on 100% ethanol and petrol.

In the interest of passenger safety, I have also appealed all Private Vehicle Manufacturers to compulsorily provide a minimum of 6 Airbags across all variants and segments of the vehicle. pic.twitter.com/0clrCyHvid

"Met a delegation of CEOs of SIAM (Society of Indian Automobile Manufacturers) in New Delhi today. Emphasised on the need for a quick roll-out of Flex-Fuel Vehicles (FFVs) capable of running on 100% ethanol and gasoline into the Indian auto market within a year's time," the minister wrote.

Another topic of discussion in the meeting was passenger safety. "In the interest of passenger safety, I have also appealed all private vehicle manufacturers to compulsorily provide a minimum of 6 airbags across all variants and segments of the vehicle," he added.

The minister met a delegation of auto industry leaders from the SIAM, comprising car, two-wheeler and commercial vehicle manufacturers. SIAM president Kenichi Ayukawa, VECV MD and CEO Vinod Aggarwal were among the industry leaders present in the meeting.

The delegation presented an update on the auto industry's status and request for deferment of emission-based regulations like BS-VI phase 2, CAFE Phase 2, OBD regulations for two-wheelers etc, as PTI has reported.