Nissan overhauled top management a month ago, adopting a collective-style leadership aimed at moving past the outsized influence Ghosn had over Nissan and the alliance with top shareholder Renault. Ashwani Gupta was appointed chief operating officer, and Jun Seki as deputy COO.
By : Bloomberg
| Updated on: 02 Dec 2019, 10:59 AM 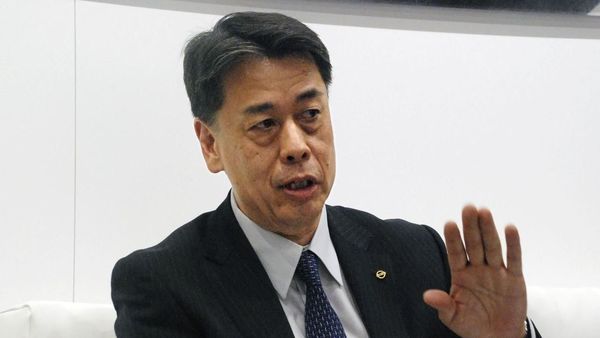 Only once before has a leader of Nissan Motor Co. inherited challenges as monumental as those confronting Makoto Uchida, who is starting his first week as chief executive officer.

The last time Nissan faced an existential crisis was two decades ago, when it was on the verge of bankruptcy and was rescued by Renault SA, which took a stake in the Japanese carmaker and sent in Carlos Ghosn to turn it around. Ghosn later added Mitsubishi Motors Corp. to the pact, which became the world’s biggest carmaking alliance under the former chairman and CEO.

Once again, Nissan needs to get its business in order. And fast. Ghosn’s arrest a year ago on charges of financial crimes unleashed corporate infighting, and damaged Nissan’s relations with Renault. Profits are at decade lows, 12,500 jobs will be cut and there are few new models to refresh an aging product lineup. Autonomous vehicles and electrification are poised to disrupt the industry in a once-in-a-generation shift.

“It’s not realistic to expect a miraculous V-shaped recovery, but it is important to show that it can be done," Bloomberg Intelligence analyst Tatsuo Yoshida said. “Externally, Uchida needs to normalize the relationship with Renault and restore trust in Nissan. Internally, he needs to address the gulf that’s opened up between employees and management."

Uchida, who most recently ran Nissan’s joint venture in China, is scheduled to hold his first news conference as CEO later on Monday at Nissan’s Yokohama headquarters. The 53-year-old formally took over Dec. 1.

Nissan overhauled top management a month ago, adopting a collective-style leadership aimed at moving past the outsized influence Ghosn had over Nissan and the alliance with top shareholder Renault. Ashwani Gupta was appointed chief operating officer, and Jun Seki as deputy COO.

The son of an airline employee, Uchida lived abroad in several countries including Egypt while growing up. He studied theology at Japan’s Doshisha University, an unusual background for a car executive. Unlike Ghosn, he’s seen as a quiet, straightforward manager used to delegating power, people with knowledge of the matter have said.

Last month, Nissan slashed its operating profit outlook and suspended its dividend in a blow to Renault, which owns 43% of its Japanese partner. Nissan needs to restore its brand image and roll out new cars that appeal to buyers, just as annual global light vehicle production is on track to expand less than 1% to 94.5 million units, according to IHS Markit.

Uchida will also need to pay attention to shareholders, who have seen the stock fall 23% this year, following a 22% decline in 2018. At 3%, Nissan has the lowest return on equity among Japan’s seven major automakers, while Toyota Motor Corp. has the highest. Only 3 of the 21 analysts tracked by Bloomberg rate Nissan shares a buy.

A key task for Uchida is repairing ties with Renault, which deteriorated to new lows under his predecessor, Hiroto Saikawa. The new CEO has collaborated with the French firm on joint procurement, according to people familiar with the matter. Uchida, who joined Nissan in 2003 from metals and machinery company Nissho Iwai Corp., has also worked for Renault Samsung in South Korea.

The alliance is also taking steps to improve their collaboration. A general secretary will be appointed to oversee projects and coordination between Renault, Nissan and Mitsubishi Motors, reporting to alliance and Renault Chairman Jean-Dominique Senard and the CEOS of the automakers, the companies said in a statement Friday.

Time is running out, according to Koji Endo, an analyst at SBI Securities Co. “The key issue is whether he can deliver results within half a year," he said. “If he speaks about one or two years ahead, then he should just quit. Nissan can’t wait that long."