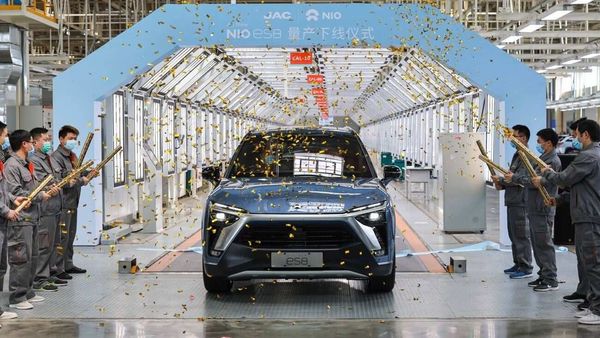 As NIO claims, the company delivered 7,102 electric cars in the Chinese market.

Chinese electric vehicle manufacturer NIO has registered a whopping 125% sales surge in the Chinese market in April 2021, as compared to the same month a year ago. The sales surge came at a time when the entire auto industry is suffering from the global microchip shortage. Also, the automaker has delivered more than 100,000 electric cars so far.

As NIO claims, the company delivered 7,102 electric cars in the Chinese market.

In the first quarter of 2021, NIO manufactured and sold its 100,000th electric car and the cumulative number of electric cars delivered by the brand was 102,803 units at the end of the last quarter. The NIO ES6 electric car has exceeded 50,000 units of sales mark.

As NIO further claims, deliveries of electric cars from the brand in the second quarter of 2021 are expected to be between 21,000 and 22,000 units, which would be 5-10% more than the first quarter and more than twice what NIO delivered in the second quarter of 2020. The company is aiming to expand its sales in Europe and introduce a fourth electric model by early 2022 - ES7.