EV maker Nikola and GM have been in talks to decide the terms for a proposed strategic partnership, which was announced in September.Things have been rough since Nikola founder Trevor Milton was accused of deception. Milton has since exited the firm.
By :
| Updated on: 21 Oct 2020, 08:28 PM 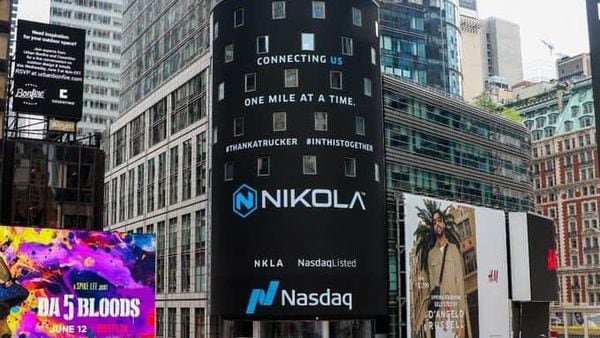 The electric vehicle startup and GM have been in talks to decide the terms for a proposed strategic partnership, which was announced in September. But it has since faced some uncertainty after Nikola and its founder and former Chairman Trevor Milton were accused of deception.

The accusations eventually led to Milton’s exit from the firm, and Nikola shares, which were up more than 300% this year before the allegations came to light, have now plunged 74% from their record high in June.

Reuss, however, said in interview on CNBC on Wednesday that he was “totally excited" about the opportunity to work with Nikola.

His statements closely follow comments from Nikola Chief Executive Officer Mark Russell last week, when he said that while talks between the two companies were ongoing, Nikola can revert to a “base plan" without GM’s help, in case the deal falls apart.

Nikola shares rose more than 8% in trading before the opening bell.