Nikola pushes back on skeptics by showcasing in-house tech

Executives at Nikola are talking to investors to rebut criticism it has no working prototypes and to clarify its business plans after the resignation of its founder and former Chairman Trevor Milton.
By : Bloomberg
| Updated on: 30 Sep 2020, 12:20 PM 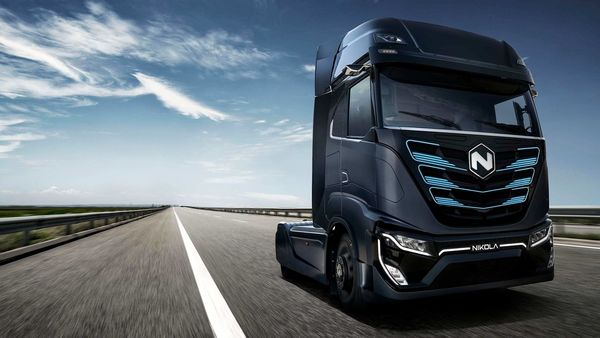 Nikola Corp. wants to put allegations of deception behind it with a push to showcase its own innovations and detail how it plans to get its clean-powered trucks to market.

Executives at the embattled startup are talking to investors to rebut criticism it has no working prototypes and to clarify its business plans after the resignation of founder and former Chairman Trevor Milton. That effort includes highlighting technology with existing or pending patents, explaining the role partners will play and providing better milestones on efforts to start production.

“Our message is the same as it was before," said Chief Executive Officer Mark Russell in an interview. “We have an ecosystem of partners that have validated what we’re doing. We believe we’re within three years of producing a fuel-cell truck and one year of producing a battery-powered truck."

Nikola executives will also use planned and direct communication to media and investors instead of the social media posts that Milton favored, according to people familiar with the company’s plans, who asked not to be identified.

(Also read: Nikola board members say startup's skeptics are too focused on past)

The charm offensive is an attempt to counter investor skepticism about Nikola’s business model in the wake of a short-seller report last month that questioned the company’s capabilities and claims of progress. Nikola has denied misrepresenting itself, but federal regulators are reportedly examining the allegations against the company and Milton. The ex-chair also has been accused of harassment claims that he denies.

Shares of the company have fallen almost 50% from their price after going public in June through a reverse merger. The stock fell 7.4% Tuesday to close at $17.88 in New York.

Nikola has forged technology-sharing relationships with automotive titans Robert Bosch GmbH and General Motors Co. Bosch was an early investor and GM will receive an 11% stake under a pending deal. That helps underpin the company’s work -- and potential value -- as a systems integrator for its fast-track projects, including a battery-electric pickup truck and hydrogen fuel-cell semi trucks.

Talks with GM are ongoing but the two companies may slip past a Sept. 30 closing date targeted by Nikola, said people familiar with the matter. The agreement between the companies includes a Dec. 3 deadline after which either side can walk away, according to a regulatory filing. 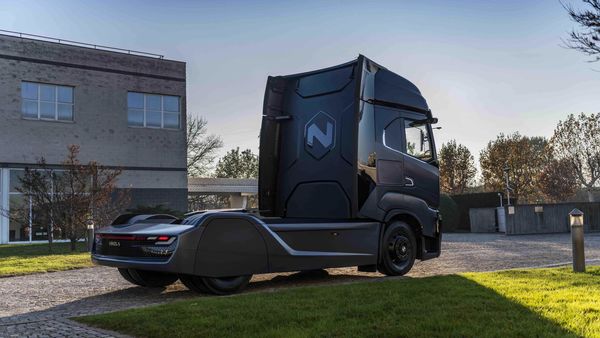 The Phoenix-based startup is also anxious to show investors in-house know-how, including six published patents in the U.S. for innovations such as a purpose-built frame for a fuel-cell truck. It also has several other U.S. patents pending for things like fuel-cell membranes and catalysts, hydrogen storage, fast fueling systems and system control technologies, according to a document seen by Bloomberg News.

While these patents represent future potential, they are many years away from commercialization, according to a person familiar with the matter. For the time being, Nikola will rely on Bosch’s fuel cells for prototypes to be built next year. GM’s fuel-cell technology is viewed by Nikola as more mature than Bosch’s, but it will take a longer time for the fuel cell’s packaging, compression and power management systems to be adjusted to fit the design of Nikola’s trucks, the person said.

Nikola plans to show investors its competitive edge in hydrogen-powered vehicles that use proprietary software and an electric axle developed with Bosch that connects the fuel cell to semi truck wheels. Company executives liken Nikola’s role as a system integrator to those of producers of diesel-powered semi trucks, which use engines, transmission and axles from outside suppliers.

Nikola plans to start production of a battery-electric semi called the Tre next year. It will be built in Ulm, Germany, as part of a joint venture with CNH Industrial NV’s Iveco unit and based on Iveco’s S-way truck platform. The first production versions of fuel-cell trucks will also be based on the S-way platform and could use either GM or Robert Bosch fuel cells, the people said. But GM’s fuel cells are likely to feature in the second generation of Nikola’s trucks, the people said.

Nikola has a factory of its own under construction in Coolidge, Arizona, and has said it expects to build fuel-cell semis locally by the end of 2023.

The company’s first prototype, called the Nikola One, was a non-working vehicle, but the company’s former chair suggested otherwise at a 2016 event. Milton, who has denied deceiving anyone, told those in attendance the truck “fully functions and works." Bloomberg reported in June the truck shown at the event was inoperable and missing parts needed to power itself, citing people familiar with the truck’s capabilities.

To date, Nikola has two functioning but early prototypes of fuel-cell big rigs, both of which were first shown publicly at a company event in April 2019. They use a fuel-cell system provided by Bosch, according to people familiar with the matter.

The company’s first consumer vehicle will be a battery-powered pickup truck called the Badger that GM tentatively agreed to manufacture starting in 2022. Nikola has not shown a prototype of that truck but began taking deposits for it in June -- before it announced the planned GM deal.

Bloomberg News reported Sept. 28 that Nikola’s functioning prototypes were one of the reasons for GM’s investment in the company, despite GM’s knowledge that its own battery and fuel-cell technology was superior to Nikola’s, according to people familiar with the the matter.