The new plant will replace Maruti Suzuki's facility based in Gurugram which has been facing congestion and traffic issues.Maruti also has a plant in Haryana's Manesar. Both its Gurugram and Manesar plants have a combined production capacity of about 15.5 lakh units per annum.
By : HT Auto Desk
| Updated on: 15 Jul 2021, 09:37 AM 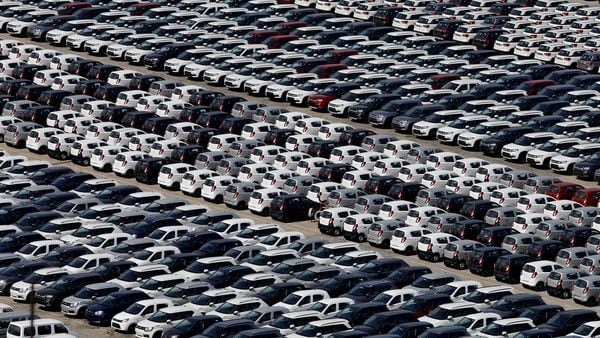 Maruti Suzuki has lined up an investment of ₹18,000 crore for a new manufacturing facility in Haryana that will have an annual capacity of 7.5-10 lakh units per annum. The new plant will replace Maruti's facility based in Gurugram as the company wanted to shift the latter facility to a nearby location.

Maruti's Gurugram plant, that is spread over an area of 300 acres, faces issues of congestion and traffic as it is located near residential areas. It is the company's first plant in the country where its began its journey in 1983 and rolled out the first model from its lineup - the iconic Maruti 800.

(Also read | Maruti hikes prices of Swift, all CNG models; other cars to get costlier too)

As Gurugram developed over years, the factory has now come to be located in a bustling city which makes it difficult for the trucks carrying raw materials and finished products to move in and out of the plant. In fact, congestion created by the plant has also come to be an issue for local residents and the authorities.

The Gurugram plant currently manufactures various popular models from the carmaker including Alto and WagonR and has an estimated annual capacity of around 7 lakh units. Speaking about the new manufacturing facility to PTI, Maruti Suzuki India's Chairman RC Bhargava said that the company hasn't yet come out with a timeline to start work on building the factory. However, he mentioned that the auto maker is not very happy with Haryana's new policy that has mandated 75 per cent job reservation for the locals in business and factory establishments. "Those issues still remain, they have not been solved so nothing has changed there as well," he added. Maruti has been in talks with the state government about this.

Apart from the upcoming factory in Haryana and the present Gurugram plant, Maruti Suzuki has another manufacturing unit in Haryana's Manesar. Both the Gurugram and the Manesar plants have a combined production capacity of about 15.5 lakh units per annum.