The government had released a draft proposal in January mandating six air bags in all passenger cars manufactured from October 1.
By : HT Auto Desk
| Updated on: 14 Apr 2022, 09:50 AM 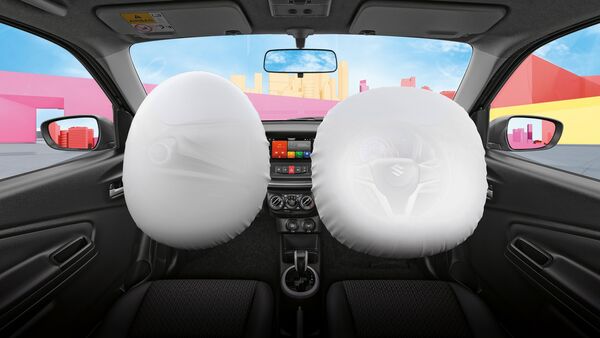 The country's plan to make six airbags mandatory in passenger vehicles will make them more expensive and hurt sales by driving out a chunk of potential buyers, Maruti Suzuki's chairman RC Bhargava told Reuters. The move will put more pressure on companies that already struggling with high costs of raw materials driving vehicle prices, he added.

The government had released a draft proposal in January mandating six air bags in all passenger cars manufactured from October 1. The draft rules are a part of a series of road safety measures being taken by the authorities, and are yet to be finalised.

This comes on top of already declining sales of small cars due to the pandemic and addition of six airbags will only increase their costs, further hurting their sales while big and expensive cars continue to grow. "This will hurt the growth of the small car market and the smaller and poorer people, who cannot afford the more expensive cars," Bhargava said.

It is already mandatory to provide driver and front passenger airbags in all cars manufactured in the country. Addition of another four airbags will increase the cost by ₹17,600, according to auto market data provider JATO Dynamics. Cost could be even higher in some cases as companies will need to make engineering changes to the car's structure, JATO India's President Ravi Bhatia noted. "The damage will be significant at the lower end of the market where there is huge price sensitivity," he added.

India sees many deaths due to road accidents with more than 133,000 people killed in 355,000 road accidents in the country in 2020, government data showed. Car passengers accounted for 13% of deaths. Thus, transport ministry is firm on its plans and is pushing automakers to agree to the rules, Reuters reported, citing sources.