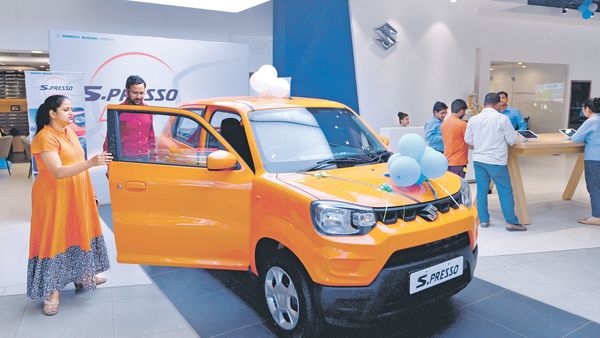 NEW DELHI : The country's largest carmaker Maruti Suzuki India (MSI) on Wednesday reported a 7.88 per cent increase in production in December at 1,15,949 units, the second successive month of hike after reducing it for nine months in a row due to demand slump.

The company had produced 1,07,478 units in December 2018, Maruti Suzuki India said in a regulatory filing.

The biggest hike in production was in the compact segment comprising new WagonR, Celerio, Ignis, Swift, Baleno, OEM Model and Dzire, at 62,448 units as against 44,329 units in the year-ago month, an increase of 40.87 per cent.

Production of light commercial vehicle Super Carry increased to 987 units in December 2019 from 545 units in the year-ago month, the company added.

In November last year also the company had increased its production 4.33 per cent, after having reduced output for nine straight months due to lower demand. The company produced a total of 1,41,834 units in November 2019 as against 1,35,946 units in the year-ago month.