Mahindra launched Bolero Neo SUV last month, which has also received 'very positive initial response' as the carmaker expects it to deliver the numbers like the older generation of the SUV.
By : HT Auto Desk
| Updated on: 02 Aug 2021, 12:46 PM 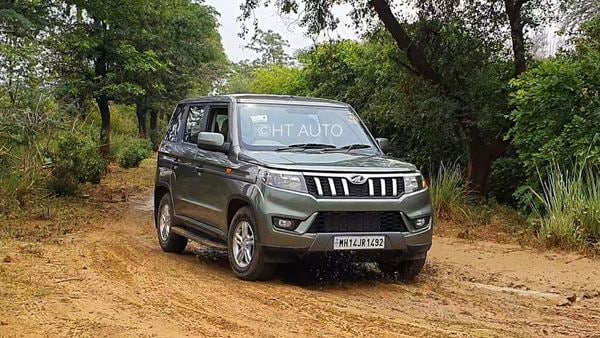 Mahindra has reported a two-fold jump in passenger vehicles in July, and expects the new Bolero Neo to continue driving sales numbers in coming days.

Mahindra and Mahindra has reported almost two-fold rise in passenger vehicle sales last month, The Indian carmaker recorded sales of 21,046 units in July, compared to 11,025 units it could sell in the same period last year.

Veejay Nakra, CEO of the Automotive Division at Mahindra and Mahindra, said, "More than 90 per cent of our dealerships and workshops are now operational across the country. We have seen significant increase in activity levels, enquiries and as a result, sales across our product portfolio."

Mahindra, along with all other carmaker around the world, is facing the issue of supply crisis of semiconductors. Nakra said, "We are doing everything to address it on priority, July has been an exciting month for us with two new product launches." Among these two launches is the new generation XUV700 SUV, which is likely to take place some time later this year around the festive season. It is also planning to bring in the new generation Scorpio SUV, which has bee spied testing on a number of occasions so far.

Mahindra recently launched the Bolero Neo SUV, replacing the older TUV300 and Bolero models. It also launched the Supro Profittruck range of small commercial vehicles. "Both launches have received very positive initial response and we are confident of building on this in the coming months," Nakra said.

The company said its total sales including passenger vehicles and commercial vehicles and exports were at 42,983 units last month.