Lyft, which only operates in the U.S. and Canada, began seeing signs of slowdown in mid-March as governments issued guidance saying people should significantly curb travel.
By : Bloomberg
| Updated on: 07 May 2020, 09:48 AM 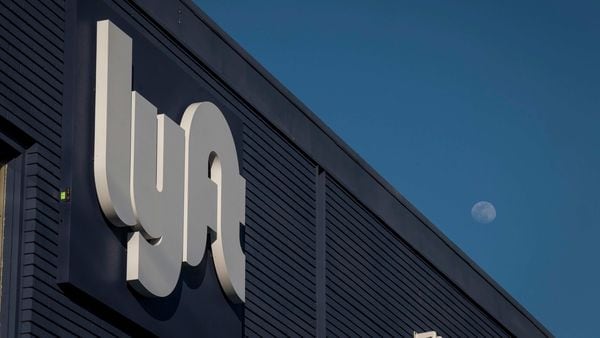 Lyft Inc. overcame investors’ worst expectations Wednesday when it pushed closer to profitability and reported moderate growth of the ride-hailing business in a quarter partly marred by the effects of the coronavirus pandemic.

The San Francisco-based company reported a loss excluding interest, taxes and other costs of $85.2 million for the first quarter. That was a 61% reduction from a year ago. After the report, the stock rose about 17% in extended trading.

The company trumpeted its cash assets of $2.7 billion and a reduced cost structure, saying it won’t need to raise additional funds. “We are confident that we are sufficiently capitalized," Logan Green, the chief executive officer, said on a conference call to discuss the report.

However, the virus significantly slowed Lyft’s growth machine. The company, accustomed to growth rates of more than 50% a quarter, said adjusted sales climbed 23% from last year, to $956 million.

Lyft, which only operates in the U.S. and Canada, began seeing signs of slowdown in mid-March as governments issued guidance saying people should significantly curb travel. The situation in those countries worsened rapidly, upending the transportation industry. Last month, Lyft pulled its 2020 forecast and said it would reduce its workforce by 17%, furlough another 5% and slice salaries for everyone left.

Brian Roberts, the chief financial officer, said in a statement Wednesday that the company would cut spending for the year beyond its previous expectations by about $300 million. He said Lyft would seek to lower insurance costs when it renegotiates contracts in September but that the company doesn’t expect to lay off more staff. “In these uncertain times, we are building on that progress by taking decisive action to reduce costs and further improve our operating efficiency," he said.

On top of the pandemic, Lyft was dealt another major setback this week. California sued the company and its larger rival, Uber Technologies Inc., claiming they’re in violation of a law that went into effect this year that makes many contract workers eligible for employee benefits. Although the companies are seeking to overturn the law through a ballot measure in November, investors were unsettled by the suit. Lyft’s stock was down 2.1% at the close of trading Wednesday.

Unlike Uber, which reports results Thursday, Lyft cannot fall back on an array of other businesses to help offset declines in transportation. Lyft’s network is built around moving people in cars and on bicycles and scooters, all of which were underutilized late in the first quarter and could face even greater challenges in the second.

In recent months, Lyft has discontinued scooter service in several cities but said Wednesday that it’s confident the business can become profitable in dense, urban environments. The company said ridership in some cities hit hard by the virus, including New York, Seattle and New Orleans, have been picking up in the past three weeks, although usage is well below this time last year.