Dual-mode vehicle has the ability to run on both roads and on rail tracks.Japan has deployed the first ever DMV to especially help people in far-flung parts of the country.
By : HT Auto Desk
| Updated on: 25 Dec 2021, 13:26 PM 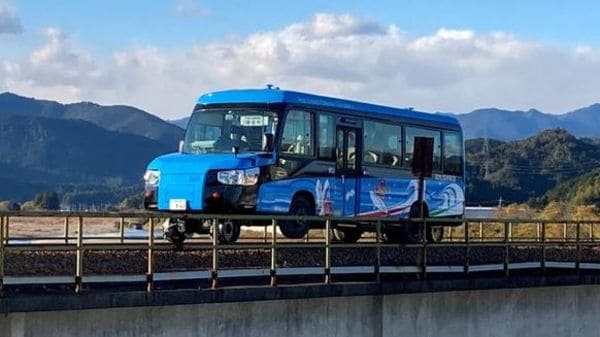 A dual mode vehicle, bus in this case, can run both on conventional road surfaces and a railway track.

Japan deployed the world's first dual-mode vehicle or DMV for public use on Saturday. The DMV looks like a minibus and can run on conventional roads using regular rubber tyres. But what makes it unique is that it features steel wheels which get activated at interchange stations to help the vehicle run on rails like a train.

According to Reuters, the world's first DMV made its debut for the public at large in the Japanese city of Kaiyo. While it may not look extraordinary while running on roads, the steel wheels at interchange stations lift the front rubber tyres off the ground while the rear rubber tyres push the DMV on to the rail track.

The DMV deployed in Kaiyo can reach a max speed of 60 kmph on tracks while hitting triple digit speeds on road, as per Asa Coast Railway. It has a passenger carrying capacity of 21 people at a time. 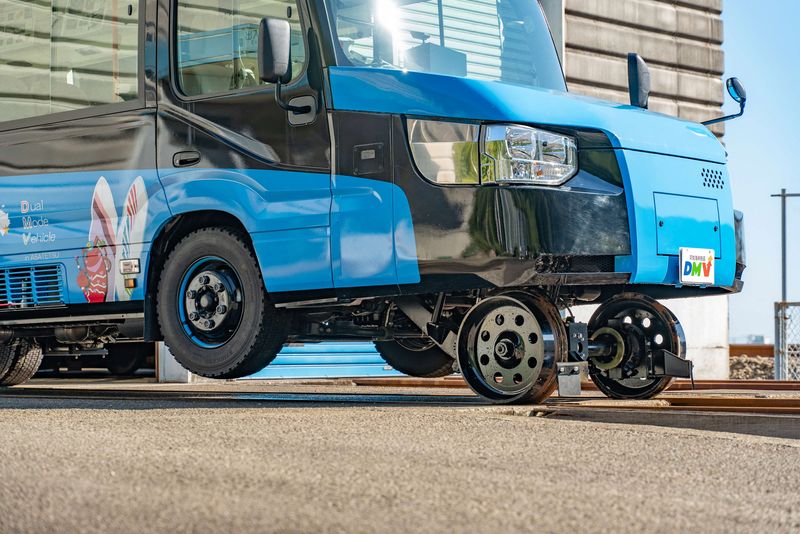 A DMV getting ready to ditch roads for rail track. (via REUTERS)

Power comes from a diesel motor and the DMV is also being offered in multiple colour options.

Asa Coast Railway is backing the dual ability of the DMV to help provide mobility access to people in far flung parts of Japan. “The DMV can reach locals (as a bus) and carry them onto the railway as well," CEO Shigeki Miura told Reuters. 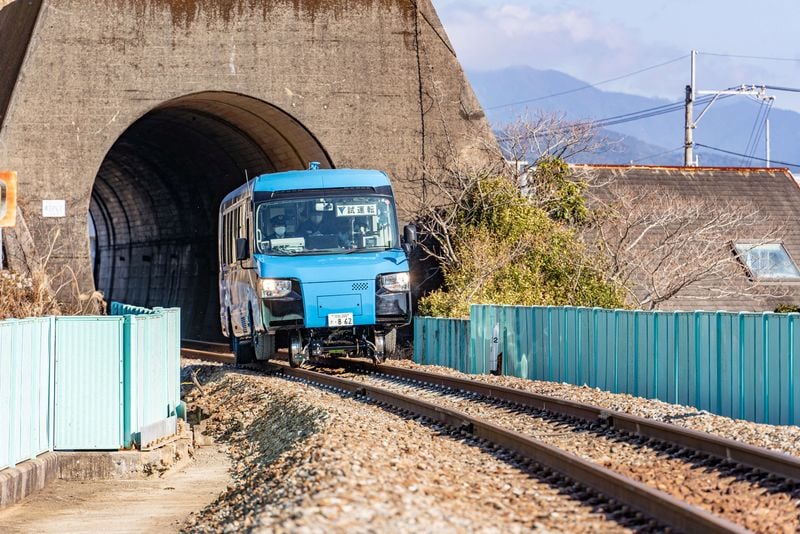 The DMV has the potential to become a tourist attraction. (via REUTERS)

Miura believes this has special significance for people in rural areas and help especially those who are ageing.

The DMV service will partly along the coast of Shikoku island in southern Japan, providing a scenic view for passengers inside. It could also become a source of income from tourists.