Among other titles, Lamborghini Urus SUV bagged the title of Best SUV in the imported car category by the German magazine Sport Auto last year.
By : HT Auto Desk
| Updated on: 23 Feb 2022, 06:28 AM 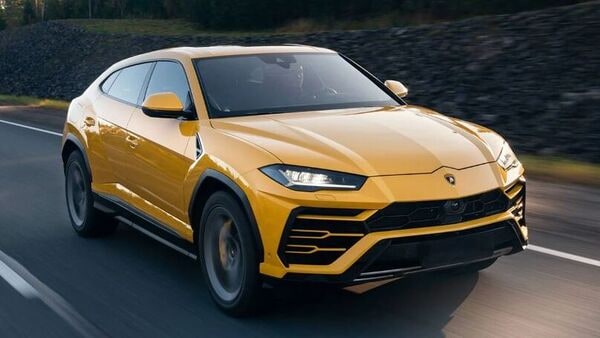 Super sports car maker Lamborghini's list of international recognitions doubled last year as compared to 2019, with Urus and Huracán STO being among the most honored ones. The Urus super SUV won the title of the Best Car in the Large SUV category (imported car category) by readers of German magazine Auto Motor und Sport for the second consecutive year in 2021.

The model also bagged the title of Best SUV in the imported car category by the German magazine Sport Auto, strengthening its leadership position among the brand's models. It was also recognized by OFF ROAD (DE), which designated it the Off-road award in the Luxury SUV category.

Lamborghini Huracan STO was awarded twice by Motorsport Magazine (FR) as Sports Car of the Year and as Best Engine 2021 for its V10 powerhouse. Further, the CarBuzz website from US designated the Huracan as the 2021 Track Weapon. The Lamborghini Huracan EVO also won high accolades. The RWD version was awarded the Sports Car of the Year 2021 title by the Robb Report from US.

Apart from the Urus and Huracan STO, the Lamborghini Sian, the brand's first hybrid super sports car, also garnered worldwide attention last year when it was named as the Electric Car of the Year by journalist Chris Harris during the Electric Awards of Top Gear magazine from UK.

After posting a strong sales figure and garnering much attention from its models last year, the carmaker is now gearing up to reveal four new products this year. Lamborghini is also getting ready to bring in its hybrid range from next year onwards.