Kia is underlining the name change symbolizes its endeavour to offer long-range of sustainable mobility solutions.Kia Motors India made its debut in the country in 2019 with Seltos. The company will now be called Kia India.
By : HT Auto Desk
| Updated on: 24 May 2021, 06:22 PM 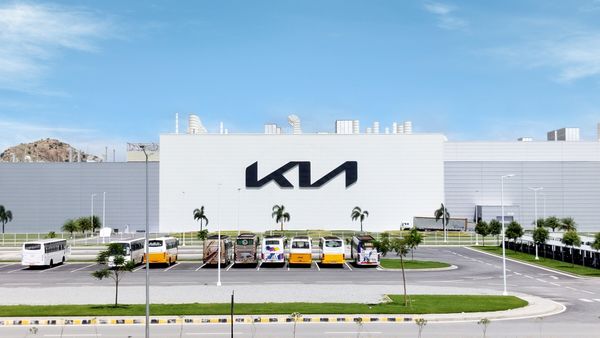 Kia Motors India on Monday announced it has officially changed its corporate name to Kia India as part of its new brand identity the world over. The change sees the word 'Motors' being removed after ratification by the Ministry of Corporate Affairs and will now function under the corporate identity of Kia India Private Limited.

In a press statement, the Korean car maker confirmed the name change is now official. "In line with its brand re-launch, Kia India is breaking away from its traditional manufacturing-driven structure to a more purpose-driven business," the company stated. "The new brand purpose - “Movement that inspires" signifies Kia’s ambitious plans of leading the future mobility revolution in India with premium products equipped with unique design and segment-first features, digitized services and complemented by one of the largest networks."

The company logo and name have also been changed at its manufacturing facility in Andhra Pradesh's Ananthpur. This facility is among the biggest for any car manufacturer in the country. It has a stated capacity of rolling out 300,000 units, a figure it hopes to reach by 2022 and have the facility as a hub for exports as well.

Kia had made its India debut back in 2019 as Kia Motor India and Seltos was its debut product at the time. Seltos managed to give the company a solid footing and it then introduced the Carnival MPV. It is the Sonet sub-compact SUV that has truly helped Kia emerge as a formidable player in the market. In around a year and a half since starting operations here, Kia has emerged as the fourth most sold car brand and the fastest carmaker to achieve 2,50,000 sales figures in the country.

While the company may now look at adding more model options for buyers here, it also underlines its focus on further improving its sales and post-sales network.