The move comes days after reports that Joe Biden may revise emission rules set by Donald Trump administration to put his weight behind electric vehicles.
By : HT Auto Desk
| Updated on: 30 Jul 2021, 09:37 AM 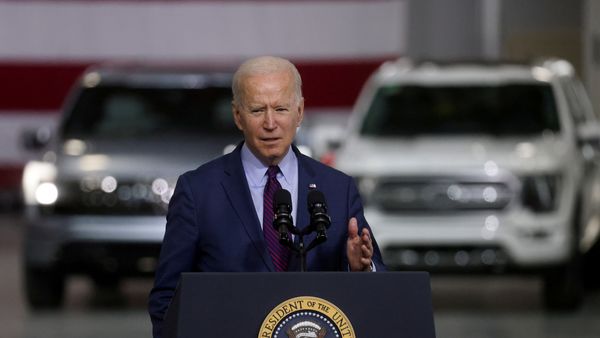 US President Joe Biden has been vocal of his opinion that electric vehicles need to be made far more popular than these currently are.

United States is aiming to see at least 40 per cent of vehicles on its roads to be electrified by the end of the decade. US President Joe Biden has urged carmaker in the country to work towards achieving the target.

Joe Biden has urged the carmaker to make a voluntary pledge to sell at least four electric cars out of every 10 vehicles sold in US in the next few years as it works to reduce greenhouse gas pollution.

The Biden administration is likely to make changes to the existing vehicle emission standards set by the previous Donald Trump regime next week. According to sources, the Biden administration may ask US carmakers to chase a target of around 50 per cent vehicles in electric avatar by 2030. However, no agreement has been reached in talks with the carmakers so far. Several details are still under discussion, including whether the pledge will also include hybrid vehicles.

Among the US carmakers, who still produce ICE vehicles, Stellantis has said it is targeting over 40 per cent of its vehicles in US to have low emission by 2030. Stellantis is the parent company of Fiat Chrysler. General Motors too aims to end sales of new ICE vehicles by 2035. Ford Motor also has plans to have at least 40 per cent of its global vehicle volume to be all-electric by 2030.

Unlike many countries, United States is yet to set an expiry date on vehicles running on conventional fossil fuel. The Biden administration has resisted calls to set target for EV adoption for the entire country, though states like California has announced it will ban ICE vehicles from its roads by 2035.

Biden's proposed vehicle emission rules are likely to be similar to California's arrangement with some automakers which aims to improve fuel economy by 3.7 per cent annually. The US government may also target to beat the fuel economy target of 5 per cent that was achieved during Obama administration.