Due to the ongoing slump in the Indian automobile sector, JK Tyre has seen contribution from Original Equipment Manufacturer (OEM) segment to its overall sales decline to around 20 per cent from an earlier 32-33 per cent.
By : PTI
| Updated on: 07 Jan 2020, 03:08 PM 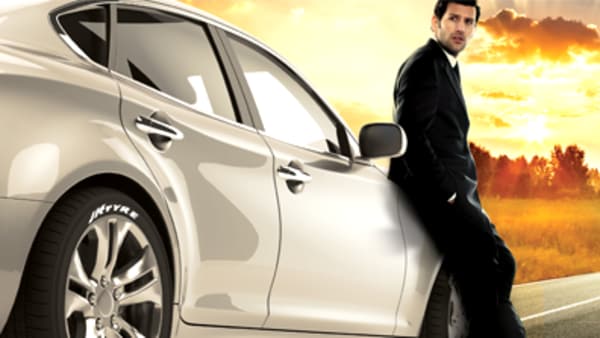 NEW DELHI : JK Tyre & Industries expects exports to grow around 50 per cent in the ongoing fiscal to clock over ₹800 crore, which along with domestic replacement market will help offset decline in direct sales to automobile makers, according to a senior company official.

Due to the ongoing slump in the Indian automobile sector, the company has seen contribution from Original Equipment Manufacturer (OEM) segment to its overall sales decline to around 20 per cent from an earlier 32-33 per cent.

"We could actually combat that slowdown in OEMs (sales) to a large extent through increase in sales in the replacement market and exports," JK Tyre & Industries CFO Sanjeev Agarwal told PTI.

For example, he said in December JK Tyre's exports have gone up by more than 40 per cent and in the replacement market it grew by 18 per cent.

"Similarly, in the first nine months, the growth has been very good in the export market segment and also in replacement market. These have become a saviour for us and we could actually turn around the situation of decline in the OEM segment," he added.

Elaborating, Agarwal said in the first nine months, exports have grown by around 40-45 per cent resulting in revenue clocking over ₹800 crore as compared to ₹550 crore in the same period last fiscal.

In the replacement market, he said the company has clocked "double digit" growth without sharing absolute numbers.

On the outlook for the ongoing fiscal he said,"Definitely in the export market we will register almost about 50 per cent growth. In domestic market also we are expecting 12-14 per cent growth."

These will basically offset loss of sales in the OEM segment, he said adding "OEM has come down from about 32-33 per cent last year to about 20 per cent this year."

Agarwal said the company has also gained from anti-dumping duties imposed on Chinese tyres in the US, which is "a very important market where we have expanded our distribution network with specific products launched for the market".

Also, in the domestic market Chinese imports have come down substantially in the last couple of years due to anti-dumping duty and anti-subsidy duties, which was levied last year thereby helping domestic manufacturers, he added.

"In this year this (Chinese imports) will go down by around 3-5 per cent," he added.

On the outlook for fiscal 2020-21, he said,"We are seeing green shoots in the auto sector...OEM segment will come back and this will pick up. We will continue to focus on the segment of exports and replacement market in the new financial year as well."

On the export front, he said JK Tyre has been focussing on Europe, the US and some of the Middle East markets which will help it in further increasing overseas shipments.

The company has also started making groundwork for plans to enter Africa, which is still a bit away, Agarwal added. PTI RKL ANU